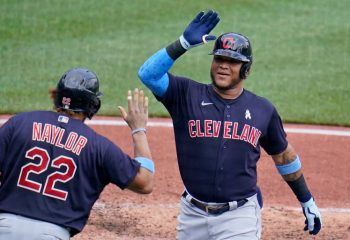 The Pittsburgh Pirates still have not tallied a series sweep this season.  They had a chance to do so this afternoon, after beating the Cleveland Indians on Friday and Saturday.  Unfortunately for Pittsburgh, they fell just short, losing to the Indians today by a 2-1 score at PNC Park.

JT Brubaker started for the Bucs today and pitched well.  He gave up two runs on three hits in 6.2 innings on the mound.  He also struck out nine batters, and was questionably pulled early by manager Derek Shelton.  He did end up suffering the loss, dropping his record to 4-6 with a 3.77 ERA on the season.

Runs, and even hits, were at a premium this afternoon at PNC Park, as the two teams combined for just three runs and ten hits.  Harold Ramirez broke the scoreless tie in the top of the fifth when he... 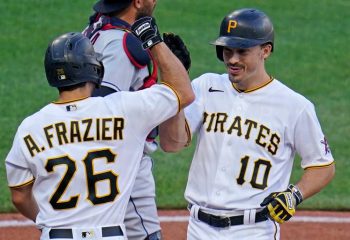 One night after holding on to a victory by the slimmest of margins, the Pittsburgh Pirates would use a six run seventh inning to come from behind and defeat the Cleveland Indians.  All six of the runs would come via two three run home runs.  With the win, Pittsburgh wins their first series since taking three of four from the Miami Marlins at the beginning of June.

Cleveland jumped out to a one run lead in the second inning when Harold Ramirez hit a solo home run to left field.  That lead would double an inning later when Rene Rivera smacked a 405 ft. homer to left field as well.  Both of those runs would be charged to Pirates starter Wil Crowe.  Crowe lasted just 4.2 innings and gave up four hits along with striking out and walking two batters.

Cal Quantrill started for the Indians ... 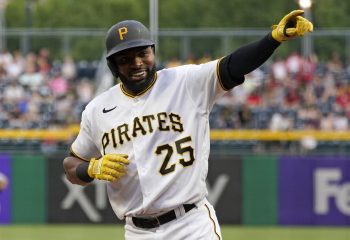 It was a run-happy contest on the north shore, as the two teams combined for 21 runs on 21 hits.  Early on, it looked as though it would be an easy victory for the Bucs.  But, despite a valiant comeback by the Indians, Pittsburgh held them off to secure a much-needed win.

The Pirates scored five runs in the first inning, highlighted by a two run double by Jacob Stallings and a two run homerun by Gregory Polanco.  A solo homerun by Bryan Reynolds in the third inning made it 6-0, and it looked as though it would be an easy road to victory for the Bucs.

Cleveland got on the board in the sixth inning on a single by Cesar Hernandez, but the Bucs answ... 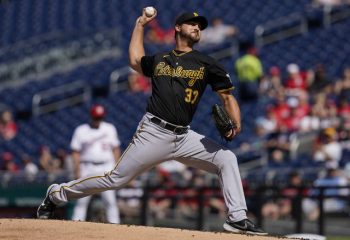 The road was not kind to the Pittsburgh Pirates.  Last Friday they would begin a six-game road trip, and today they wrapped it up with a 3-1 loss to the Washington Nationals.  Washington would complete their three-game sweep and in the process, Pittsburgh would lose all six of their games on this trip.  Sadly, things could get a lot worse before they get better.

The scoring started for this game in the bottom of the second when Yan Gomes hit a 390 ft. solo home run to left field.  The Nationals would add two more runs in the seventh when former Bucco Josh Bell smacked a 380 ft. two run home run to right center.  The Pirates finally got on the board in the eighth when Bryan Reynolds drove home Ke’Bryan Hayes on an RBI single to left center.

Derek Shelton would continue his strange ... 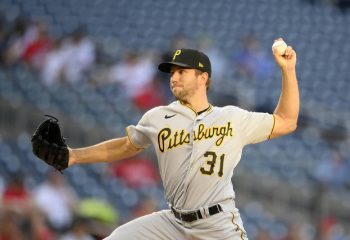 The slide continued on Tuesday night.  With an 8-1 loss to the Washington Nationals, the Pittsburgh Pirates have lost nine straight games are 20 games under the .500 mark at 23-43.

We all knew this season would be a difficult one for the Bucs, but these are some very difficult times for Pittsburgh baseball.

Tyler Anderson started on Tuesday, and struggled through his six innings on the mound.  He was tagged for six runs on 10 hits, falling to 3-7 with a 4.89 ERA for the season.  His mound opponent, Patrick Corbin, held the Bucs in check throughout his time on the bump.  He gave up one run on eight hits in 8.1 innings, improving to 4-5 on the year.

Washington took control of the game immediately, hitting the Bucs for five runs in the first inning.  A single by Josh Harrison got th... 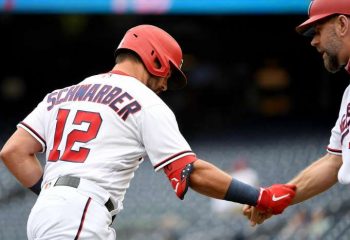 The Pittsburgh Pirates continued their six-game road trip tonight with the first of three games against the Washington Nationals.  Pittsburgh was swept over the weekend by the Milwaukee Brewers, and tonight they would open this series with a 3-2 loss.  The Pirates have now lost eight straight games and continue to see their season spin out of control.

Pittsburgh got the scoring started on the night in the second inning.  That is when Kevin Newman hit a solo home run to left.  Washington was then able to take the lead in the game with two runs of their own in the third.  Run one scored on a Kyle Schwarber RBI single to right.  The Nationals then went ahead with a Juan Soto RBI single to left center.  Erik Gonzalez was able to tie the game at two in the sixth when he hit a sac fly to rig... 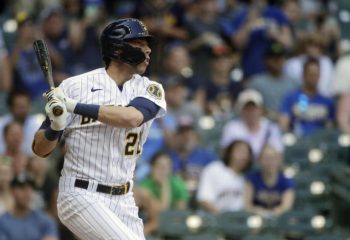 The Pittsburgh Pirates lost their seventh straight game on Sunday afternoon, a 5-2 defeat to the Milwaukee Brewers.

Wil Crowe started for Pittsburgh and held his own on the mound.  He gave up two runs on two hits with one w walk and eight strikeouts.  His mound opponent, Adrian Houser, gave up two runs on seven hits in 5.2 innings on the bump.  Neither starting pitcher earned a decision on the day.

Milwaukee took the lead in the bottom of the first on a double by Daniel Vogelbach, scoring Luis Urias to make it 1-0.  Pittsburgh tied the game in the top of the second on a ground ball by Kevin Newman, allowing Colin Moran to score.

The Bucs took the lead, only briefly, in the top of the sixth inning on a solo homerun by Jacob Stallings... 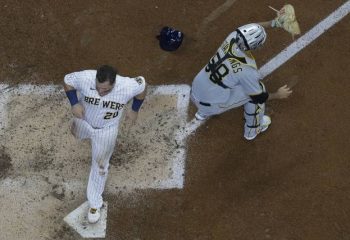 Another day, another loss.  This seems to be a common thread for the 2021 Pittsburgh Pirates. With a 7-4 loss to the Milwaukee Brewers Saturday afternoon, Pittsburgh has dropped six straight games.  This is the third time that the Pirates have lost six straight games, none of those streaks reached seven.  While one can’t be frustrated by the team losing, since we all expected it this year, it is tough to watch day in and day out.

Pittsburgh came out of the gate to grab a four-run lead through the top of the second.  It started in the first when Adam Frazier and Phillip Evans scored on a Corbin Burnes throwing error to first base.  The Pirates were able to add another run that inning when Jacob Stallings hit into a double play... 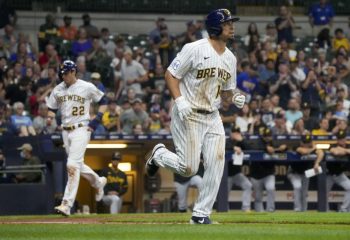 The Pittsburgh Pirates have now lost five straight games after a 7-4 defeat to the Milwaukee Brewers on Friday night.

Eleven walks doomed the Pirates as their pitching staff struggled with control.  Starter Chase De Jong walked four batters, while Clay Holmes and Trevor Cahill walked four and three respectively.  Overall, it was another lackluster performance from this team, and the Brewers took advantage of the miscues and the pitchers’ control issues.

The Pirates took the lead in the top of the second inning on a solo homerun by Ben Gamel.  That lead didn’t last long, though, as the Brewers scored a pair of runs in the bottom of the inning.  A single by Jackie Bradley tied the game, and a sacrifice bunt by Brandon Woodruff scored their second run.

A solo homerun by Gregory ... 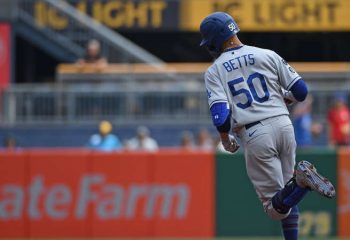 Things can change quickly in Major League Baseball.  Over the weekend, the Pittsburgh Pirates had taken three of four games from the Miami Marlins.  Now Miami isn’t very good, but winning games gave some Pittsburgh fans a much needed boost.  That boost is now gone after the defending World Series Champion Los Angeles Dodgers came to PNC Park and completed a three game sweep with a rain shortened 6-3 victory this afternoon.

Mitch Keller once again did not pitch very well for the Pirates.  He would last only 2.2 innings allowing four runs on five hits with three strikeouts and three walks.  It will be interesting to see if Pittsburgh allows Keller to ride it out for the entire season or if they send him down to AAA to work on things.  Mookie Betts got things started with a lead off sol...