As we count down the final weeks of the NFL season, the playoff picture continues to take shape. With teams like the Pittsburgh Steelers officially eliminated while teams like the New York Giants on the brink of missing the postseason, we are reminded once again that no team is guaranteed a spot in the playoffs from year to year. The final week of the season features some incredibly competitive games with a lot on the line, including matchups between the Green Bay Packers and Minnesota Vikings, Washington Redskins and Dallas Cowboys, and others.

As for the FFTS staff, we are still going strong heading into the season’s final week. Here’s a look at how we faired last week and our respective records through the entire season:

Here at FFTS, we took a bit of a hit with our predictions, but our season-long records are both still solid:

Here are our predictions for Week 16 in the NFL:

It’s hard to believe we are already winding down the NFL regular season. With only three weeks remaining in the year, the teams with the best records are struggling, while teams with once-mediocre marks are making strong pushes toward the postseason. Here are our records through Week 14:

Does it get much closer than that?! Here are our predictions for Week 15 in the NFL:

The NFL action keeps getting better and better with each passing week. As we enter Week 14, there are a number of games that feature teams battling for playoff spots facing off against one another. Standout matchups include Bengals vs. Cowboys, Bears vs. Vikings, Redskins vs. Ravens, and Patriots vs. Texans. Here at FFTS, the games followed suit (for the most part) with their predictions.

Here are our predictions for Week 14 in the NFL:

At this point in the regular season, after twelve weeks of football, it appears as though the NFL has become a two-tier league this year. One tier includes the Houston Texans, Atlanta Falcons, Baltimore Ravens, New England Patriots, New York Giants, San Francisco 49ers, Denver Broncos, and Green Bay Packers, and the other tier includes…well…every other team. It looks like there will be some interesting wild card races down the stretch this year, as a slew of teams are within a game or two of the final playoff spot.

As for the Fans From The Stands crew, the pick’em race got much closer after the results of last week’s games. Here are where the records stand:

It’s safe to say that the NFL is wide open this season. Eleven weeks of football have been played, and there is no clear frontrunner in the league. After all, the two best teams (record-wise), the Atlanta Falcons and Houston Texans, barely defeated their opponents this past week, the Arizona Cardinals and Jacksonville Jaguars, respectively. It’s clear that on any given Sunday, any team can beat any other team, which is what has made this NFL season completely erratic and wildly entertaining.

Despite the unpredictability of the league thus far, the Fans From The Stands boys have been impressive with their picks, week after week. Here are where we stand through Week 11:

It’s hard to believe it’s already Week 11 in the NFL. After the first 10 weeks of the season, we no longer have an undefeated team in the league, as the Atlanta Falcons fell to the New Orleans Saints last week. The Falcons lead the NFC with only one loss, while the Houston Texans, following their victory over the Chicago Bears last week, lead the AFC with only one loss.

There were a few upsets and unpredictable outcomes last week, and our prediction records paid for it a bit. Here are our current records through Week 10:

Here are our predictions for Week 11 in the NFL:

As we are now more than halfway through the NFL season, division and conference battles are really starting to heat up in both the AFC and NFC. The Pittsburgh Steelers scored the biggest victory of Week Nine, beating the reigning Super Bowl champion New York Giants to continue to put the pressure on AFC North leading Baltimore Ravens. Meanwhile, the Atlanta Falcons continue this week as the NFL’s only undefeated team after a victory over the Dallas Cowboys last week. The biggest matchup of Week Ten features the Houston Texans (7-1) facing the Chicago Bears (7-1) at Soldier Field.

The FFTS guys had a strong record of predictions last week. Here are the current records: 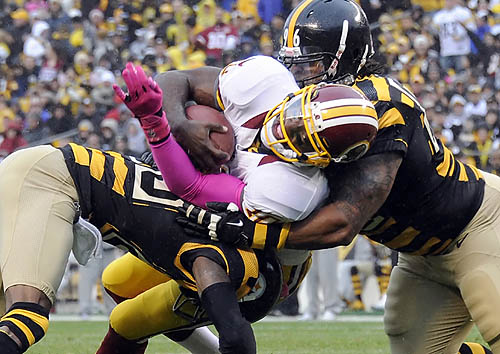 As has been the case through the first two months of the season, Week Nine has some enticing matchups for us, NFL fans.  At the top of that list is a huge test between the Pittsburgh Steelers and New York Giants.  Here is how the FFTS guys are doing thus far with their predictions this season:

Here are our predictions for Week Nine in the NFL: 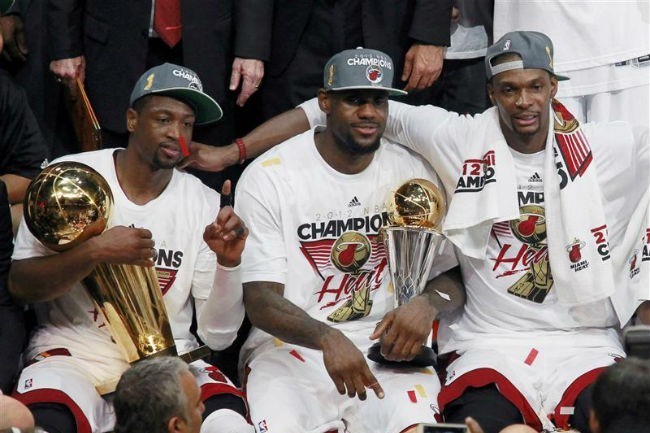 Is it really possible for it to be the start of another NBA season?  It seems like only a few weeks ago that LeBron James and the Miami Heat were celebrating and raising the championship trophy.  Now, only a handful of months later, all teams are back at the starting line, and given the offseason acquisitions and developments, this upcoming season promises to be one of the most highly anticipated and competitive in years.

The “intelligent” minds here at FFTS are weighing in on the upcoming NBA season, and we’ve made our predictions for the end of the season standings as well as the playoffs.