The Pittsburgh Pirates completed the biggest free agent signing in the team’s history yesterday but inking a deal with Francisco Liriano worth 3 years, $39 million.  As we learned throughout the day, the two sides had been close to a deal for nearly a week, and that Liriano preferred to remain in Pittsburgh.

This is a huge deal for the Pirates.  By signing Liriano, they Bucs are putting together a high quality starting rotation, which will also include Gerrit Cole, A.J. Burnett, and Vance Worley, while Charlie Morton is expected to begin the season on the disabled list.

Shortly after the deal with Liriano was announced, sources began murmuring the Pirates’ continued interest and pursuit of Edinson Volquez.  Clearly, the Bucs’ focus this offseason is on starting pitching, as it should...

Over the past two years, the St. Louis Cardinals have been responsible for preventing the Pittsburgh Pirates from winning the N.L. Central division title.  The two teams finished first and second respectively in 2014, and both promise to be contenders once again next season.  The Pirates officially lost one of their key players from 2014 today, while the Cardinals added a potentially dynamic piece to their club.

Russell Martin agreed to a five year, $82 million deal with the Toronto Blue Jays today.  After two solid seasons in Pittsburgh, Martin was the most sought-after catcher on the free agent market by far, and decided to return to his hometown while cashing in one huge pay check.  The Chicago Cubs were rumoured to be the front-runners ever since Martin declined the Pirates’ qualif... 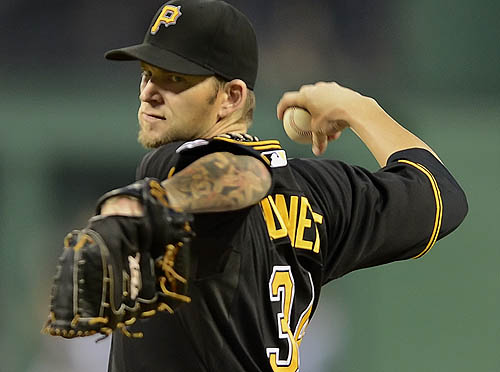 So by now we’ve all heard that the Pittsburgh Pirates signed A.J. Burnett to a one year deal this afternoon. Burnett has said that this will be his final season before he retires, and that there’s no other place he wanted to end his career than by “winning a ring and winning a ring in Pittsburgh.”

Sure, those are all the things that you want a guy like Burnett to say as he’s coming back to town. In just two seasons with the Bucs, he was embraced and beloved by almost everyone who entered PNC Park in 2012 and 2013. This time around, in only a few hours since the news has broken, the response has been mixed. Some welcome “Batman” back to the ‘Burgh, while others (via social media) have referred to it as a joke or the “same old Pirates.”

Personally, I have no problem with ...

As we all have heard, the Pittsburgh Pirates have made a couple moves this week in what is expected to be a busy offseason.

In the first of two moves this week, the Pirates acquired right handed pitcher Rob Scahill from the Colorado Rockies in exchange for right hander Shane Carle.  Then just yesterday, the Bucs acquired catcher Francisco Cervelli from the New York Yankees in exchanged for left-hander Justin Wilson.

While neither of these moves will exactly be the top story on Sportscenter, they clearly represent a starting point at which the Pirates are trying to build some insurance.  Scahill has a better arm with more upside than Carle, and was certainly aimed at bullpen depth...

Hurdle joins Bruce Bochy of the San Francisco Giants and Matt Williams of the Washington...

The offer to Martin comes as no surprise, as the Bucs had made the announcement they’d be doing so a few weeks ago.  Martin is all but guaranteed to deny the $15.3 million offer, considering he is expected to be worth that much per season on a projected 3-4-5 year deal.

The offer to Liriano is a bit more surprising, and personally, I hope he doesn’t accept...

It’s hard to believe the NBA season is set to start tonight.  But before the first game has even begun, there are already a ton of stories circulating throughout the league surrounding some of the sport’s best players and top teams.  I know, I know, this is Fans From The Stands.  We are supposed to be dwelling on top offseason news involving the Pittsburgh Pirates.  Well we are…but we’re not JUST baseball (Pirates) fans…we are SPORTS fans.  So here we go…my picks/predictions for the 2014-15 NBA season.

There really isn’t much of a surprise here.  I know that the popular pick all offseason is Cleveland Cavalie... 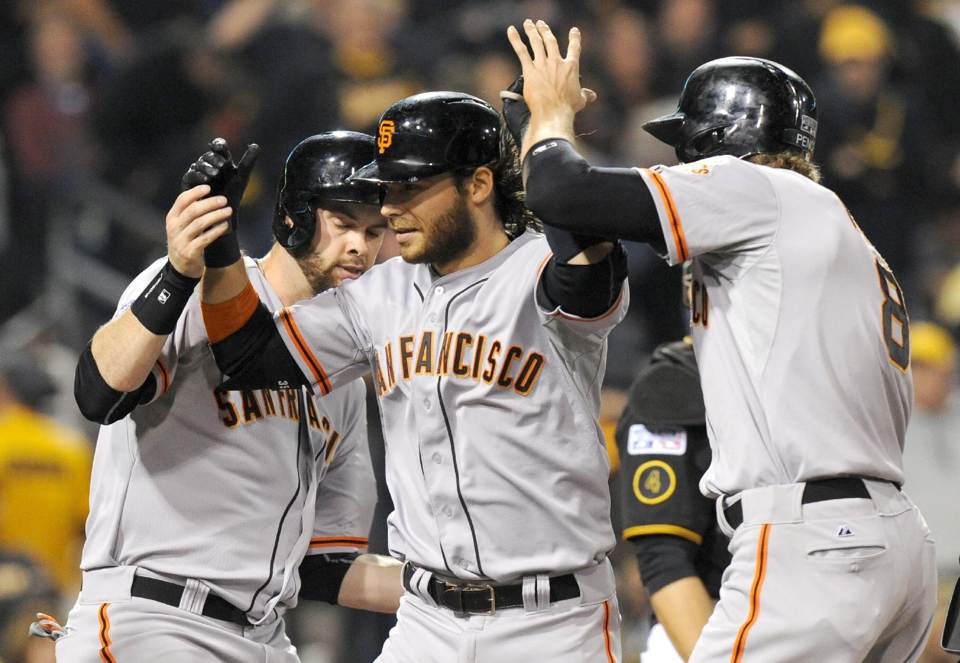 The Pittsburgh Pirates 2014 season was almost more improbable than that of 2013. Sure, last year marked the end of two decades of losing, but this year, given all of the injuries and adversity, the fact that the Bucs had returned to the postseason for a second straight season was nearly miraculous.

Unfortunately, things didn’t work out for the home team this time around at PNC Park, as the San Francisco Giants beat them in every phase of the game on their way to an 8-0 victory over the Pirates.

Madison Bumgarner was incredible for the Giants tonight, pitching a complete game four hit shutout, while striking out 10 and walk one batter. On the flipside, Edinson Volquez struggled throughout his outing, giving up five runs on five hits with three walks through five innings of work... 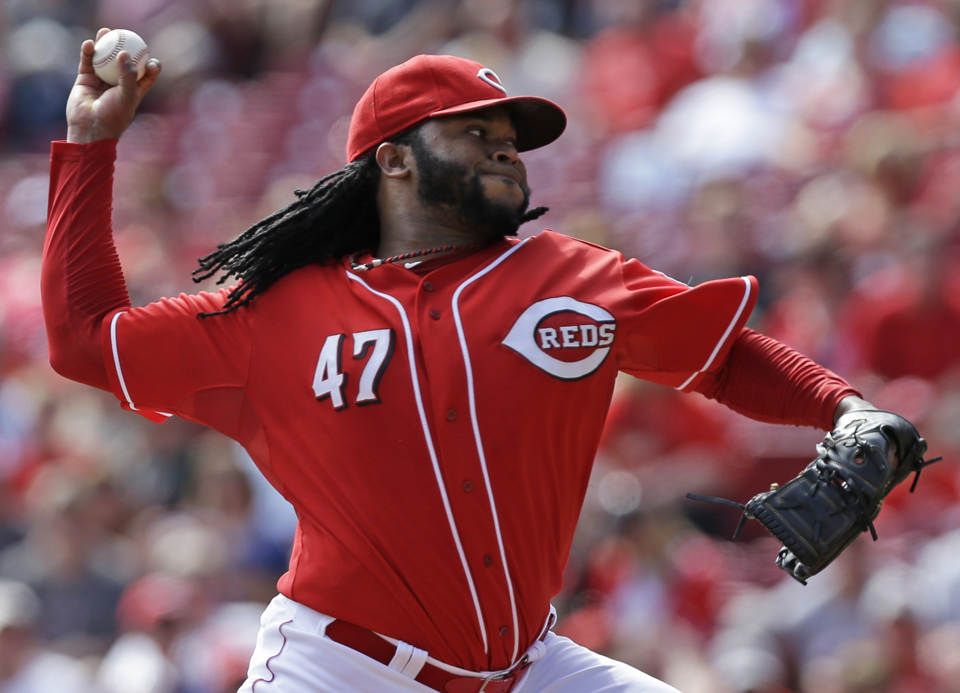 The Pittsburgh Pirates entered today with a chance to play the St. Louis Cardinals on Monday for the division title. The Cincinnati Reds decided to play spoiler by defeating Pittsburgh 4-1 today, winning the three game series.

The Pirates offense was once again lackluster today, failing to string any hits together or put a crooked number on the scoreboard. The lone offensive hightlight came in the fourth on a Neil Walker home run to right field.

Cincinnati struck in the bottom of the first when Kristopher Negron scored on a groundball to third. That was all the Reds were able to collect from Gerrit Cole. Cole worked seven solid innings allowing that one run on four hits, while striking out twelve batters. It was a shame that an outing like that went to waste with no offensive support.

Control problems plagued the Pirates pitching staff this afternoon, and in the end, the Reds took advantage of their scoring opportunities, dealing the Bucs’ N.L. Central division title hopes a serious blow.

Francisco Liriano struggled this afternoon, lasting just five innings while throwing nearly 100 pitches. He gave up four runs (three earned) on five hits with five walks and five strikeouts. Clint Hurdle had to go deep into his bullpen, using a total of seven pitchers, and that proved to be the difference in the game.