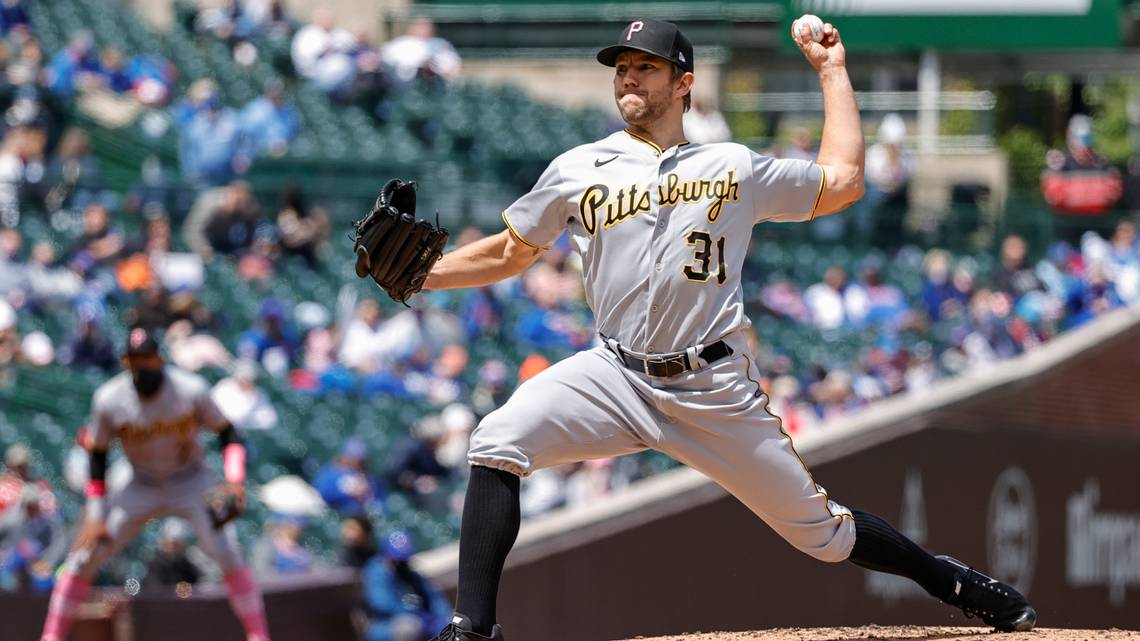 There is no better way to spend Mother’s Day than an afternoon baseball game at Wrigley Field.  That would be the site today for the series finale between the Pittsburgh Pirates and Chicago Cubs.  Pittsburgh had lost the first two games of this series, mainly because of a lack of offense.  Today they would find just the right blend of offense and pitching to avoid being swept, with a 6-5 victory.

The Pirates jumped on the board in the first inning with four runs.  None of the balls were hard hit, but Pittsburgh would use the simply rule of, hit it where they ain’t.  A bases loaded ground out to third by Jacob Stallings would bring Adam Frazier home.  Wilmer Difo then singled to left center to plate Kevin Newman and Ka’ai Tom.  Difo would then be the final run of the inning when he crossed the plate on a throwing error by Ildemaro Vargas.

Chicago scored their first run of the day in the second with an RBI single by Joc Pederson.  Pederson entered the game after an injury to teammate Jake Marisnick in the first inning.  The Pirates would get that run and a few more back in the third inning.  Difo struck again with a RBI triple to right field and then scored on another throwing error, this one by Matt Duffy.

Pittsburgh got another great start by Tyler Anderson this afternoon.  He would pitch eight innings and allow two runs on four hits, to go with six strikeouts and one walk.  The second run of the day that he allowed occurred in the fourth when Anthony Rizzo scored on a ground out back to the pitcher.  Cubs starter Kyle Hendricks allowed six runs, four earned, on nine hits with three strikeouts and one walk over five innings.

The usually steady Pirate’s bullpen would have a rough go of it in the ninth.  Kyle Crick would only collect one out while giving up two runs and a walk.  He was relieved by Richard Rodriguez, who would pick up his sixth save of the season, but not before allowing one run on two hits with a strikeout.  Chicago would get those runs on an RBI single by Pedersonand a two RBI double by Vargas.

This was a much-needed win for Pittsburgh and it was the best news of the day after hearing that Colin Moran had been placed on the 10-day IL and Ke’Bryan Hayes was moved to the 60-day IL.  The Pirates also claimed Ben Gamel off waivers from the Cleveland Indians, and designated Michael Feliz for assignment to make room for Gamel on the roster.  Pittsburgh will now head home to begin a three-game series with the Cincinnati Reds Monday night.