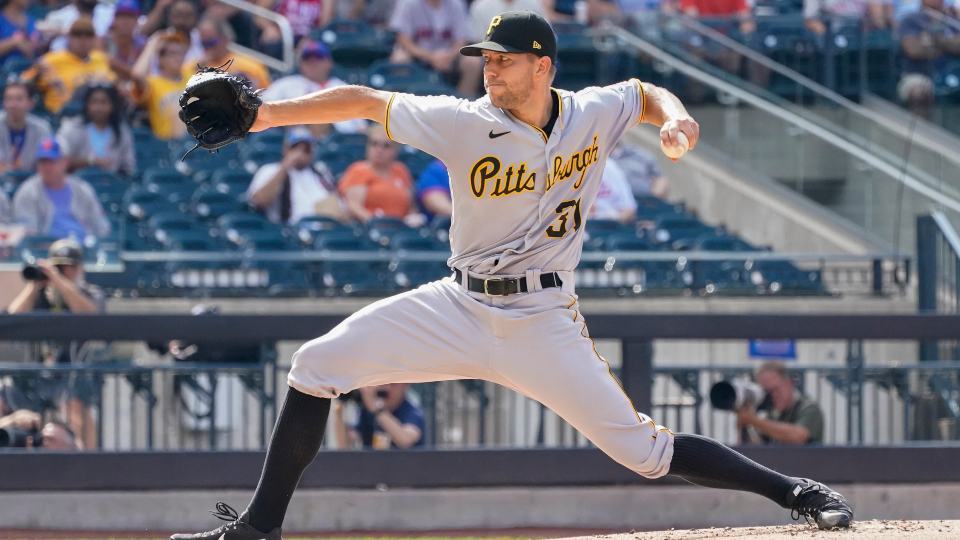 One day after suffering an embarrassing 11-run loss, the Pittsburgh Pirates took the field for the first game of a doubleheader against the New York Mets.  Tyler Anderson pitched a solid game while also doing damage with the bat, as did Bryan Reynolds, as the Bucs beat the Mets by a 6-2 score.

Anderson improved to 5-8 on the season, giving up two runs on six hits in his five innings of work.  David Bednar and Richard Rodriguez each pitched a scoreless inning in relief.  Marcus Stroman suffered the loss, falling to 6-7 on the season after giving up three runs on five hits in five innings.

New York scored the game’s first run in the bottom of the first inning on a RBI single by Kevin Pillar.  Pittsburgh took the lead in the top of the fourth on a two run double by John Nogowski, scoring Adam Frazier and Reynolds.

A solo homerun by Jonathan Villar in the bottom of the fourth tied the game, but Anderson helped his own cause in the fifth by hitting a sol homerun to give the Bucs the lead back at 3-2.

A two run homer by Reynolds in the sixth made it 5-2, and a double by Ke’Bryan Hayes scored the Pirates’ sixth run of the game.

This was a nice response to last night’s defeat for the Pirates.  They were played off the field last night, but today, they pitched well, hit well, played well.  The result was a comfortable, feel-good win.  They will now have a chance to sweep the doubleheader with a win in game two tonight at Citifield.