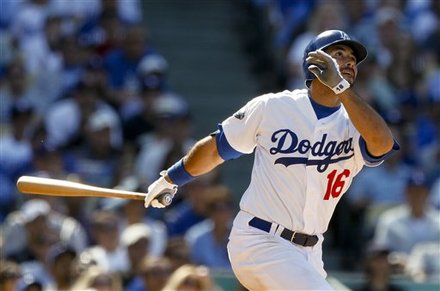 For the third time in four games this season the Pittsburgh Pirates faced off against a former Cy Young winner.  This time it was Clayton Kershaw of the Los Angeles Dodgers and once again the Buccos’ starting pitcher kept pace.

Kevin Correia opened his season on the road, where he had a solid season last year, and continued with a solid outing today.  He would go six innings allowing one run on four hits with two walks and three strikeouts.  The Dodgers’ only run off Correia came in the first inning when Dee Gordon would score on a Matt Kemp ground out.

Kershaw was showing why he is one of the more dominant pitchers in the National League with his outing.  His final line would be seven innings pitched giving up one run on four hits, while striking out seven.  The Pirates lone run came on a Matt Hague ground out that scored Alex Presley.

Pittsburghdid have their opportunities to put a crooked number on the scoreboard a few times.  The first came in the second when Casey McGehee tripled with no outs, but none of his teammates were able to bring him home.  Again in the seventh inning the Buccos had two lead off singles in the inning that only produced one run.

The Dodgers’ winning run came in the eighth inning.  After Jason Grilli was able to strike out the first two batters, he gave up a solo home run on a 2-1 pitch to Andre Ethier, which propelledL.A. to a 2-1 victory.

It may be early in the year but the Pirates offense has already wasted two very good outings by their starting pitching.  As we saw last year the pitching cannot keep this kind of pace all year, so the offense will have to step it up soon to take some pressure off the staff.  These two teams will be back in action tomorrow night at 10:10.  Erik Bedard will go for the Buccos, while L.A. will send Chad Billingsley to the bump.