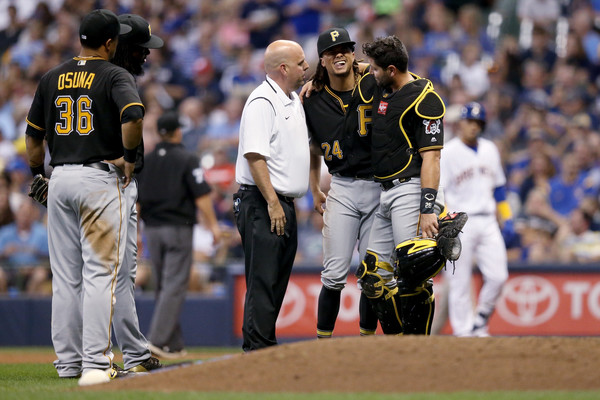 Milwaukee took a three run lead in the bottom of the first inning following a two run homerun by Christian Yelich and a solo homer by Travis Shaw.

Pittsburgh made things interesting, though, as Jordan Luplow tripled home a run to get the Bucs on the board in the third frame, and Francisco Cervelli’s sacrifice fly later in the inning made it 3-2.  The Pirates tied the game in the top of the fifth on a solo homerun by Pablo Reyes.

The Brewers scored runs in the fifth, sixth, and seventh innings, though to give them a commanding 7-3 lead.  Despite a RBI double by Josh Harrison in the top of the eighth, the Pirates couldn’t muster another comeback, and Milwaukee went on to win the game by a 7-4 score.

Archer, like many other Pirates pitchers over the year, struggled at Miller Park.  He did strike out eight batters, but he has not proven to be the elite ace pitcher we were hoping for when he was acquired at the deadline.  That is probably unfair to expect that time of performance, considering this has been an injury plagued season, but it still is leaving a sour taste in the mouths of Pirates fans every time he struggles on the mound.

The Pirates will look to even the series on Saturday against the Brewers in the second game of the series at Miller Park.