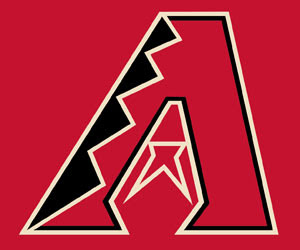 As horrible as the recent road trip was, the first series of the home stand at PNC Park was just as impressive. The Buccos completed a 3-game sweep of the Arizona Diamondbacks, a team that happens to have the second-worst record in the National League.

Friday, September 17: After a closely played ballgame throughout, Ronny Cedeno singled in Andrew McCutchen in the bottom of the 9th, clinching a 4-3 victory in walk-off fashion in the first game of the series.

Neil Walker continued his impressive season with a 2 hit performance, including hammering a solo-homerun in the 1st inning. Ryan Doumit also homered for the Buccos, tying the game in the 7th inning, setting the table for Cedeno’s game-winner 2 innings later.

Pirates’ starter Brian Burres pitched a solid game, giving up 3 runs on 7 hits through 7 innings, once again, giving the offense a chance to win. This time, though, unlike the previous series against the Mets, the offense came through.

Saturday, September 18: The Pirates won a wild one at PNC Park on Saturday, securing a series victory and giving them a chance to sweep the Diamondbacks. The Buccos outlasted Arizona and survived a late-game comeback, winning the contest 9-6.

John Bowker was the star of the day for the Pirates, who went 3-4 with 1 HR and 2 RBI. Andrew McCutchen also homered, while Chris Snyder tallied 3 hits, and Jose Tabata had a pair of hits as well. Overall, the Pirates played a strong offensive game, and they were rewarded with a victory.

Sunday, September 19: The Pirates needed a late game rally to beat the Diamondbacks on Sunday…but that’s exactly what they did, earning a 3-game sweep at PNC Park. Neil Walker’s 2 run homerun in the 8th gave the Pirates a 4-3 lead, and Evan Meek came in and shut down The D-Backs, earning his 3rd save of the season. Andrew McCutchen had another 2-hit performance on Sunday, hammering a homerun on the first pitch he saw in the bottom of the 1st inning.

The beginning of the Pirates’ final home stand couldn’t have gone any better. While the Diamondbacks are one of the very worst teams in baseball, it is still a huge step in the right direction for the young Pirates’ players to be able to win a close ball games in the late innings. Andrew McCutchen is on fire lately, and John Bowker was a pleasant surprise in this series. Also, one can’t say enough about Neil Walker, his incredible season continues….way to go REAL DEAL NEIL! After a day off on Monday, they now turn their sights on the St. Louis Cardinals, who are currently on life support for their N.L. playoff lives. Nothing would be better than to play spoiler against a playoff contender.