Bedard, Pirates Shut Out By Brewers 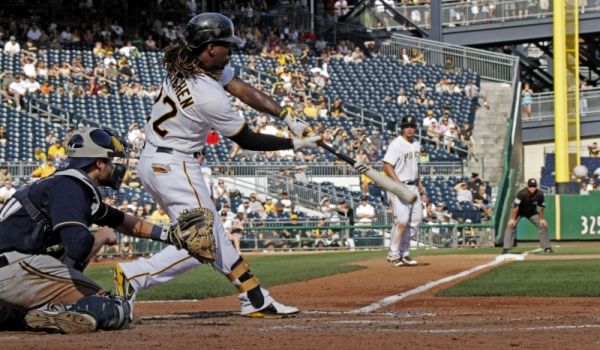 Over the past couple of weeks, it seems that the Pirates have found ways to lose games in a variety of different ways.  Whether it has been the defense, the offense, starting pitching, or the bullpen, a major facet of the game has abandoned the Pirates recently, resulting in an 8-14 record entering this afternoon’s series finale against the Milwaukee Brewers.

Today, the Pirates came up short in virtually every area of the game, and the Brewers took advantage of it, claiming the weekend series with a 7-0 victory at PNC Park.

Erik Bedard took the loss today, his 14th of the season, after retiring the first 11 batters he faced to start the game.  He was roughed up in the fourth inning though, highlighted by a three-run homerun by Carlos Gomez.  Rickie Weeks smacked an RBI single in the fifth, and Aramis Ramirez delivered the knockout blow with a two-run homerun to deep center field.  The final line on Bedard read six runs on six hits with two walks and three strikeouts in 4.2 innings.  He is now 7-14 with a 5.01 ERA for the season.

Due to Bedard’s short outing, the bullpen was somewhat taxed this afternoon.  Kevin Correia pitched 2.1 innings, giving up one run on four hits, while Hisanori Takahashi and Chris Resop each pitched a scoreless inning.

It was just as frustrating for the Pirates on the offensive end as well today.  The Bucs tallied only five hits on the day, but also forced five walks.  They left a total of 14 men on base, including Andrew McCutchen, who left four on base himself.  His struggles continued today, going 0-4, dropping his average to .343, a point below the Giants’ Melky Cabrera.  Josh Harrison got the start at shortstop today, and was the only Bucco to record a multi-hit game.

After a horrible road trip ending against the San Diego Padres (who are currently on a seven game winning streak), we, as fans, had hoped that the Bucs could get back on the winning track in front of their home fans.  It hasn’t worked out that way as of yet, as the Pirates lost two of three to a Brewers team who is terrible on the road.  They are now two games behind the Cardinals for the final Wild Card spot, and they have a lot of work to do if they’re going to be serious contenders down the stretch.  Even the biggest fans would admit that it doesn’t look good at this point.

The Pirates will conclude their home stand with a three game series against the Cardinals, beginning tomorrow atPNCPark.  The first game pits a huge pitching matchup between Kyle Lohse of St. Louis and A.J. Burnett for the Bucs.