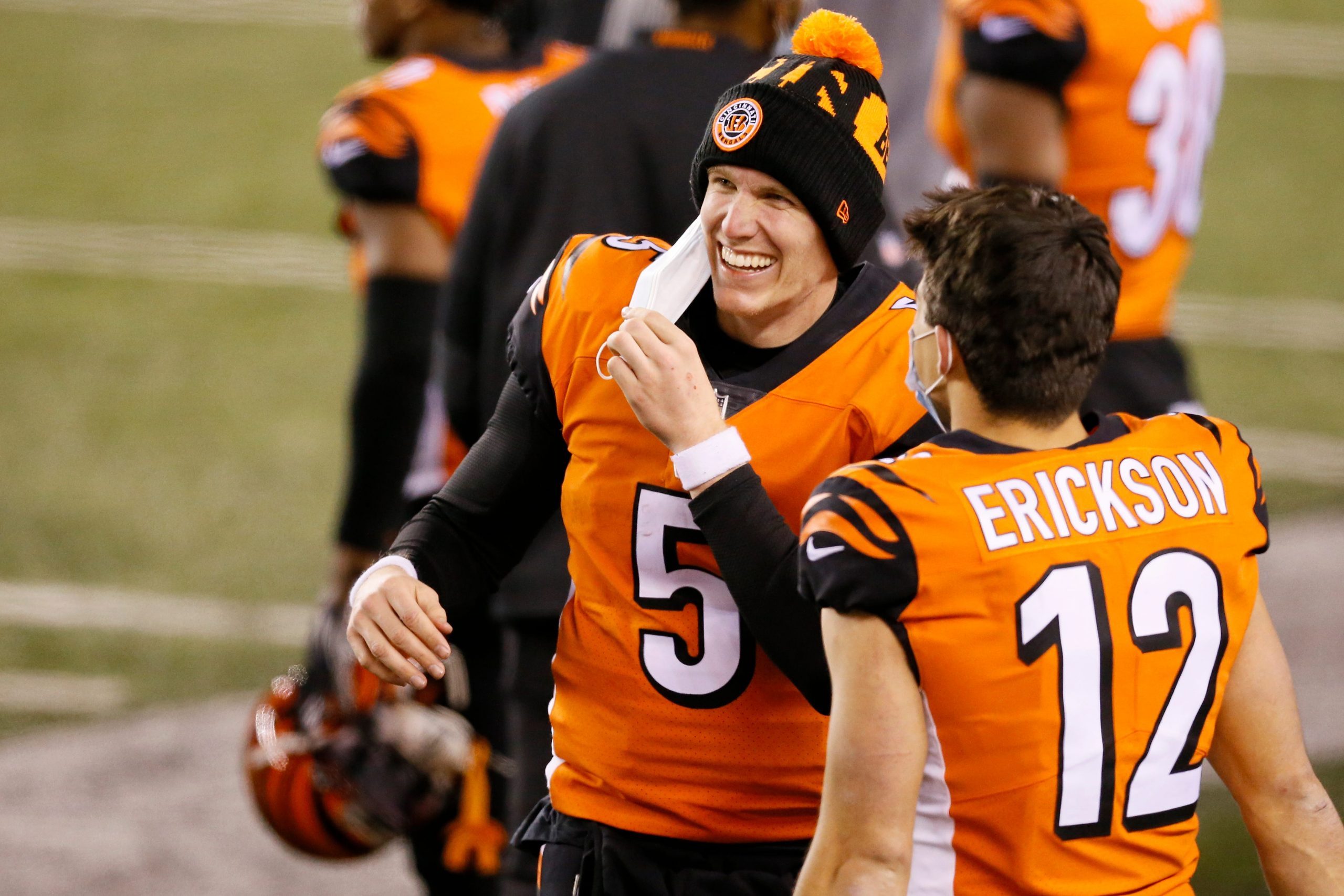 Three weeks ago, the Pittsburgh Steelers were 11-0, the number one seed in the AFC, and were seen as some to be the biggest threat to de-throne the Kansas City Chiefs as the Super Bowl Champions.

Flash forward to Tuesday, December 22nd, and the Steelers have lost three straight games, are now the third seed in the AFC, and look unable to beat any team that takes the field against them.

Ben Roethlisberger and the Steelers’ offense was horrible once again on Monday night, as the Cincinnati Bengals played with complete disrespect for the running game, building a big first half lead and hanging on for a 27-17 victory.

A costly fumble and interception by Ben put the Steelers’ defense in a bad spot, and the Bengals took advantage, building a 17-0 lead at halftime on a 34 yard field goal, a four yard score by Giovani Bernard, followed by a 14 yard reception by Bernard.

Pittsburgh came out in the second half with some much needed energy.  A touchdown pass from Roethlisberger to Diontae Johnson made it a 17-7 game, and a 25 yard field by Chris Boswell cut the lead to 17-10.  But the Bengals answered by a 75 yard scoring drive late in the third quarter, putting the Steelers in a 24-10 hole with one quarter remaining.

Ben & Co. marched down the field on a scoring drive of their own, 64 yards, capped off by a one yard run by Benny Snell to make it 24-17.  But the next time they got the ball, the Steelers’ O went 4 and out and the Steelers’ defense couldn’t get off the field, as the Bengals added a field goal to ice the game.

It was a disappointing loss to the Washington Redskins earlier in the month, and the loss to the Buffalo Bills last week was tough to swallow as well.  But this week’s loss to the Bengals if borderline devastating.  This was supposed to the “get right” game the Steelers needed, and unfortunately, that is not the way this game played out.  Further, Pittsburgh has two very difficult games remaining this year so at this point, the AFC North division is very much up-in-the-air.