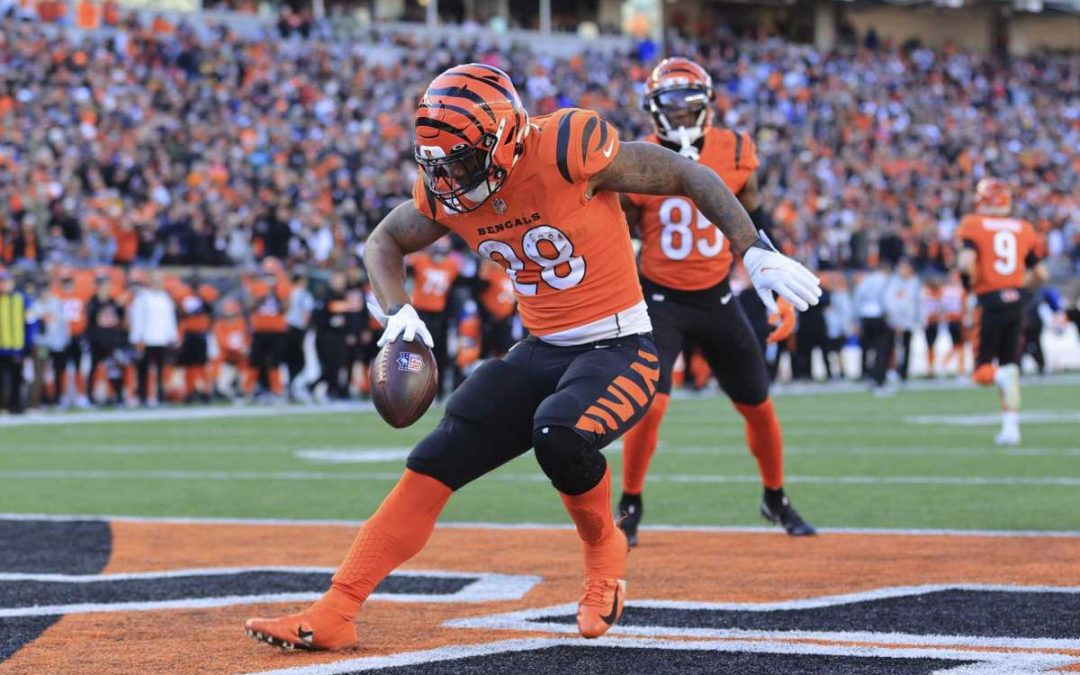 The Pittsburgh Steelers and Cincinnati Bengals faced off today in an AFC North matchup that was set to be a potentially pivotal game in the ongoing battle in the wild card playoff picture.  The Bengals stepped on the field with a sense of urgency, looking like a team that could make some noise in the postseason.  The Steelers, meanwhile, looked unprepared and lifeless.  The result was a 41-10 Bengals’ beatdown.

Pittsburgh had no answer defensively for Joe Burrow, Joe Mixon, & Co., while Ben Roethlisberger and the offense couldn’t move the ball against a stingy and feisty Cincinnati defense.

This game was dominated by the Bengals from start to finish.  An eight yard touchdown run by Burrow from 8 yards out capped a 75 yard scoring drive for Cincinnati.  After the teams traded field goals to make it 10-3, the Bengals stepped on the gas again to blow the game open in the second quarter.

A 32 yard touchdown pass from Burrow to Tee Higgins made it 17-3, and a one yard touchdown run by Mixon on the next drive made it 24-3.  Another score later, and the Bengals took a commanding 31-3 into halftime.

The Steelers’ lack of urgency and poor execution continued in the third quarter, quickly eliminating any chance of a miracle comeback in the second half.  The Bengals added a field goal and a touchdown, and despite a touchdown pass from Roethlisberger to Freiermuth in the fourth quarter, it was an easy day for Cincinnati.

This was essentially an elimination game for the Steelers.  Having been swept by the Bengals on season while having lost key AFC matchups to other playoff hopefuls like the Las Vegas Raiders and Los Angeles Chargers, while also considering how difficult their schedule is going forward, the Steelers will need close to a miracle to make it in the playoffs at this point.  And with efforts like today, it’s difficult to find an argument that this team deserves to make the postseason.

Now sitting at 5-5-1 on the season, the Steelers will return home to Heinz Field for another tough matchup, this time against the Baltimore Ravens.  Kickoff is slated for 4:25pm on CBS.