Bert Blyleven Welcomed To The Hall Of Fame 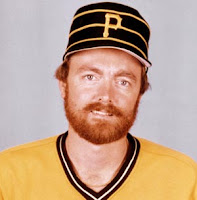 Bert Blyleven, who helped lead the Pirates to the 1979 World Series title, was elected to the Hall of Fame on Wednesday after garnering 79.7% of the vote, with 75% required for election. It was his 14th year on the ballot.

The right-hander notched 287 career wins, 27th on the all-time list, and is fifth in career strikeouts with 3,701. He is 11th in games started with 685 and his 60 shutouts are ninth all-time. Blyleven also ranks 13th all-time in innings pitched with 4,970.