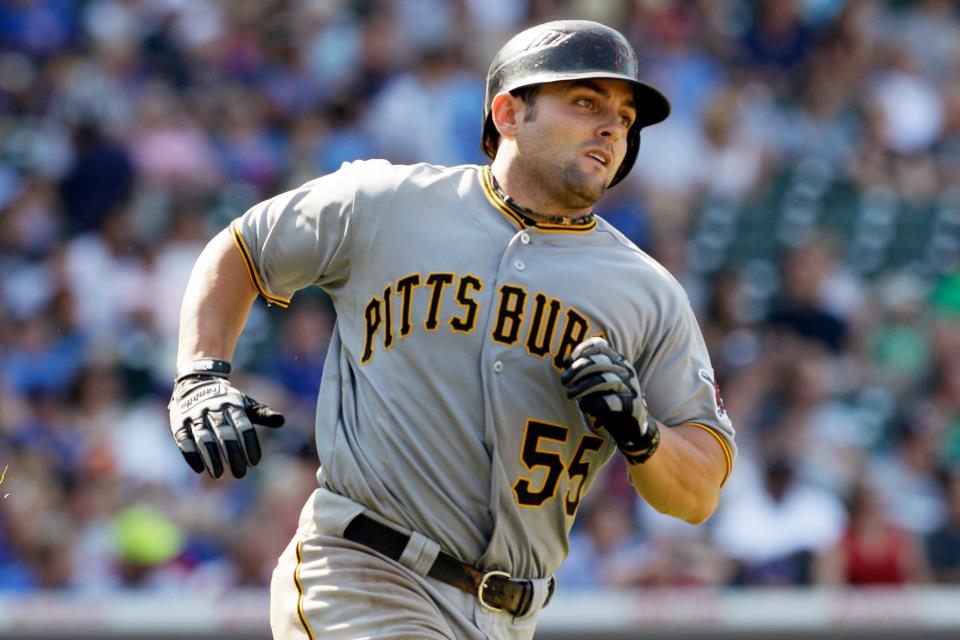 Early on this game was a pitcher’s duel between Jeff Karstens and Tim Wood.  Each pitcher would only go five innings because of high pitch counts, but they were effective in that time.  Karstens gave up a run on three hits, while striking out four with one walk.  That only run came in the first inning on a Starlin Castro solo homer.  Wood’s final line read two runs on three hits, with three walks and six K’s.

The first of Pittsburgh’s two runs came off the bat of Starling Marte, who hit a solo shot to left field.  Later in the third inning a Wood balk would allow Andrew McCutchen to score.  No other runs would be scored until the Bucco offense exploded in the eighth.

Garrett Jones would pinch hit with two runners on and hit a single to right, collecting two RBI.  After a Travis Snider single, “The Fort” Michael McKenry came to the plate and smashed a three run homer to put the icing on the cake for our Buccos.  Of course G.I. Jones thought one more run would be good insurance as he would hit an RBI double in the ninth.

The Pirates bullpen was smooth for three innings today.  Chris Resop, Tony Watson, Jared Hughes, and Jason Grilli gave up three hits and struck out three combined during their time of relief.  It was Joel Harahan who struggled collecthing the final three outs of the game.  The first four batters he faced hit for the cycle and three runs would score on five hits, before Anthony Rizzo struck out to end the game and cap an 8-4 Pirates victory.

This was a very important game for Pittsburgh to win, with the biggest series of the season on the horizon.  Pittsburgh currently sits 2.5 games back of the Cincinnati Reds, as they play host to the San Diego Padres tonight.  Depending on how that game goes, the winner of the weekend series could be leading the division by the end of those three games.  The Buccos have a day off tomorrow and first pitch on Friday is scheduled for 7:10.  On a side note, Gaby Sanchez made his debut in a black and gold uniform today and would go 0-2 at the plate with a walk, before being lifted in the eighth inning for Jones.