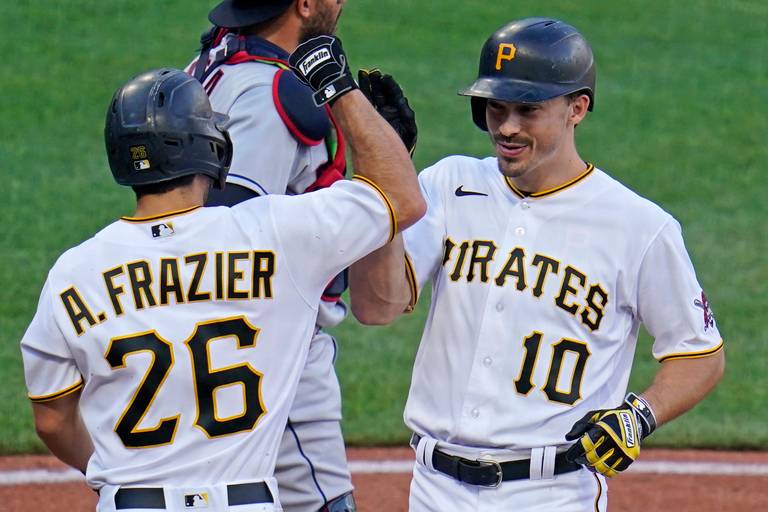 One night after holding on to a victory by the slimmest of margins, the Pittsburgh Pirates would use a six run seventh inning to come from behind and defeat the Cleveland Indians.  All six of the runs would come via two three run home runs.  With the win, Pittsburgh wins their first series since taking three of four from the Miami Marlins at the beginning of June.

Cleveland jumped out to a one run lead in the second inning when Harold Ramirez hit a solo home run to left field.  That lead would double an inning later when Rene Rivera smacked a 405 ft. homer to left field as well.  Both of those runs would be charged to Pirates starter Wil Crowe.  Crowe lasted just 4.2 innings and gave up four hits along with striking out and walking two batters.

Cal Quantrill started for the Indians and during that time kept the Pittsburgh lineup silent.  He would pitch five innings allowing just three hits with two strikeouts and two walks.  The Pirates offense showed signs of life in the seventh inning.  They finally got on the board when Michael Perez launched a three-run home run over the Clemente Wall to take a 3-2 lead.  With two runners on again in the seventh, Bryan Reynolds would put a ball in the river to put Pittsburgh up four.

The Pirates would carry that four-run lead into the ninth inning and Richard Rodriguez would come out of the bullpen to seal the deal on a second straight victory.  It did have a slight bump in the road, as Ramirez would hit his second solo home run of the day to bring his team to within three.  That is all the closer they got as Rodriguez would strikeout out two batters while finishing off the game.

After losing ten straight games prior to opening this series Friday night, these two wins were much needed and came in opposite fashion.  I don’t want to mention the “S” word, but that is what Pittsburgh will go for in the finale with Cleveland tomorrow afternoon.  If they do accomplish that feat, it will be for the first time since August of 2020.  JT Brubaker will take the ball for the Pirates, while the Indians will counter with Sam Hentges.  First pitch is 1:05pm.