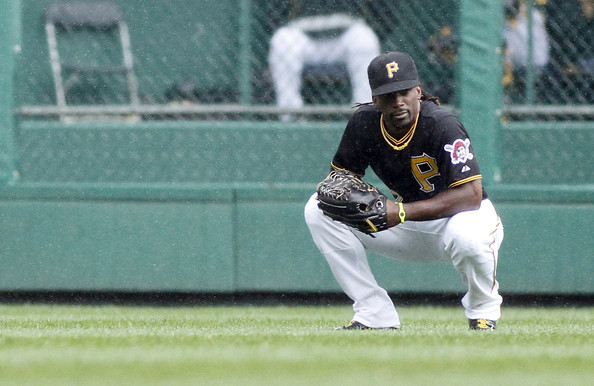 The way the Pittsburgh Pirates fell to the Cincinnati Reds today was fitting, considering it was fan appreciation day.  A 3-2 lead going into the ninth was not enough, as the Reds would score two in the top part of inning and go on to win 4-3.

It sounded like it would be a bad day for the Buccos when Johnny Cueto was listed as today’s starter for Cincinnati.  He didn’t dominate the Pittsburgh offense, but he kept his team in the game over the course of the seven innings he worked.  During that time he would give up one earned run on six hits, while striking out six and walking one batter.   The Pirates scored their first two runs in the third on a Garrett Jones two run shot to right that tied the game.  It looked like the Buccos scored the game winning run in the fifth when Andrew McCutchen hit an RBI single to left that scored Alex Presley.

Wandy Rodriguez has pitched much better since coming over from the Houston Astros back in July.  Today was his last start of the year and if he can pitch like this next year, we could be seeing good things from him in 2013.  He lasted six innings allowing two runs on six hits, walking one batter and striking out seven.  Tony Watson and Jason Grilli bridged the gap to what should have been another Joel Hanrahan save.

The Hammer came in and quickly gave up the lead when lead off batter Xavier Paul hit his second home run of the year to deep right field to tie the game at three.  After getting the next two batters out, another former Bucco, Ryan Ludwick, would hit a double, which was followed up by an RBI double by Zack Cozart that gave Cincinnati the lead for good.

Aroldis Chapman had trouble with control early in the bottom part of the inning.  He would walk Jose Tabata and threw the ball away trying to pick him off first.  However, a lack of hustle and poor coaching at third base led to Tabata being thrown out at third as he tried to advance.  After a walk and single, Chapman calmed down and K’ed the final two batters to earn the save.

If you are surprised by how this game ended, then you haven’t been watching the Buccos over the past two months.  What is upsetting is that in late September the team has a member not hustling and a coach that can’t read that.  The final series of the year for Pittsburgh begins tomorrow against the Atlanta Braves.  First pitch is scheduled for 7:05.