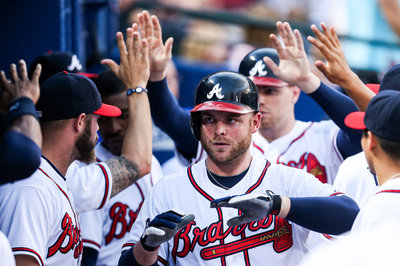 Heading into this past weekend’s series agains the Cincinnati Reds at PNC Park, the Pittsburgh Pirates were playing like one of the best teams in all of baseball.  But after losing two out of three games to their divisional foes, the Bucs took their show on the road to try to get back on the winning track.  Unfortunately for Pittsburgh, the Atlanta Braves came to bat tonight, hitting three homeruns on their way to a 7-2 rout of our Bucs.

A.J. Burnett took the hill for the Pirates tonight, and easily had the worst performance of the 2013 season.  After a nice start to the game, Burnett ran into trouble in the fourth and fifth innings.  After issuing a walk to Freddie Freeman to lead off the fourth, Burnett gave up a two-run homerun to Brian McCann, giving the Braves a lead that they’d never surrender.

After giving up a pair of two-run homers in the fifth inning, it was time to call it a tonight for Burnett.  He ended up getting tagged for six runs on eight hits with three walks in five innings, dropping to 3-6 on the season with a 3.22 ERA.

Offensively, the Pirates struggled to do much damage against Atlanta’s starter Kris Medlen, who won just his second game of the season (2-6), giving up one run on seven hits through seven innings.  Gaby Sanchez and Clint Barmes led the Bucs with two hits and an RBI each, while Starling Marte had a pair as well.

This was certainly not the way the Pirates wanted to kick off their road trip.  Their starter gave up too many runs and was pulled early, the bullpen coughed up a couple runs as well, and the offense wasn’t able to muster any run support for the pitching staff.  All around, it was a lousy performance for the Bucs…one that they can hopefully forget about and move on quickly.

The Pirates and Braves will get back at it tomorrow evening in the second of their three game series in Atlanta, with the first pitch scheduled for 7:10pm.