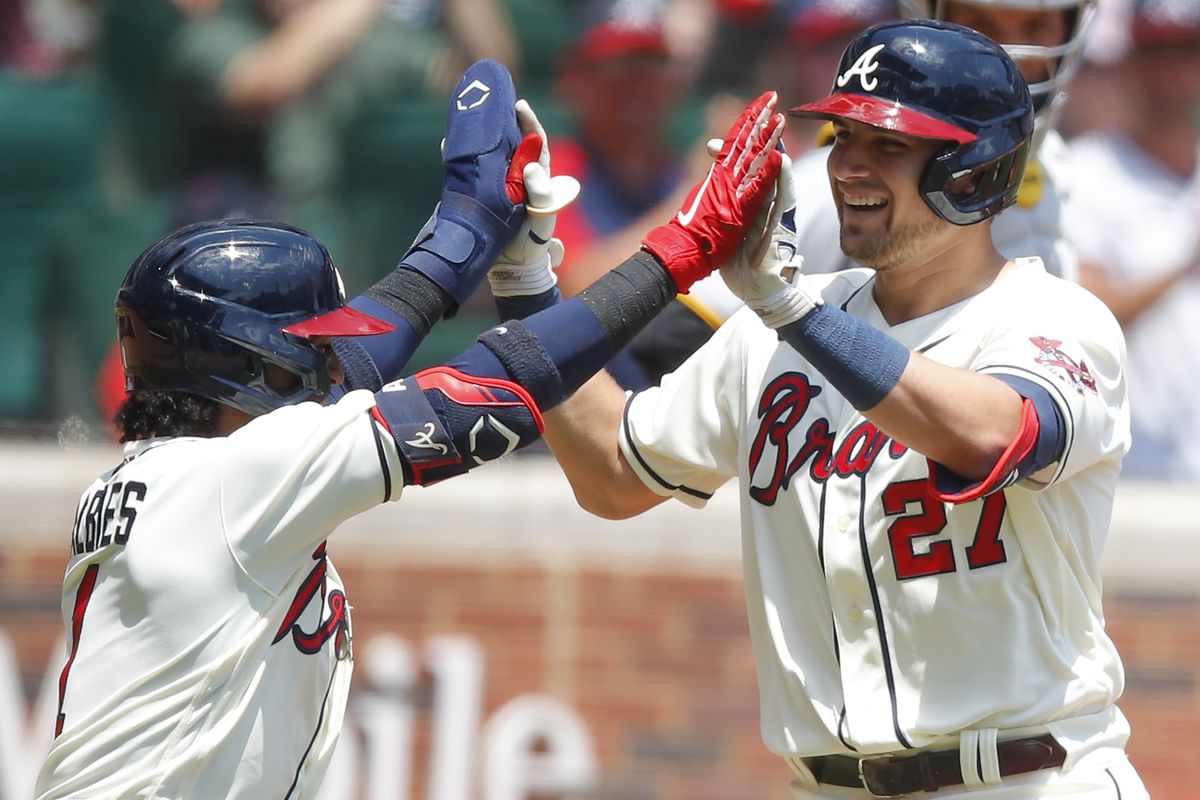 The Pittsburgh Pirates won a dramatic extra inning game on Thursday night against the Atlanta Braves.  Since then, the Bucs have lost three straight by a combined score of 33-3.  The Braves closed out the series with a 7-1 victory on Sunday afternoon.

JT Brubaker, who started out the year as a bright spot on this club, started for Pittsburgh.  Unfortunately, as has been the case far too often this season, Brubaker struggled on the mound, giving up seven runs on seven hits, including three homeruns, in 5.1 innings of work.  The performance resulted in a loss (3-4) while his ERA ballooned to 4.20 for the season.

The Pirates actually scored the game’s first run, taking the lead in the top of the first inning.  Bryan Reynolds doubled, scoring Kevin Newman and the Bucs had a 1-0 advantage.  Of course, that was the only run they would score on the day.

A three run homerun by Austin Riley in the bottom of the first made it 3-1 Atlanta.  Riley struck again in the third inning, blasting a two run homerun, his ninth of the season, to right center field, giving the Braves a 5-1 lead.  A two run homerun by Dansby Swanson added a couple runs, which starter Max Fried and the Braves’ bullpen didn’t need.

This was a disastrous series for the Pirates this weekend.  Many times, a dramatic win in extra innings can prompt a winning streak or at least a stretch of good baseball.  But unfortunately for Pittsburgh, the result has been just the opposite.  To give up this many runs in a series is embarrassing.

After a day off on Monday, the Pirates will return home to Pittsburgh for a series against the Chicago Cubs at PNC Park on Tuesday.