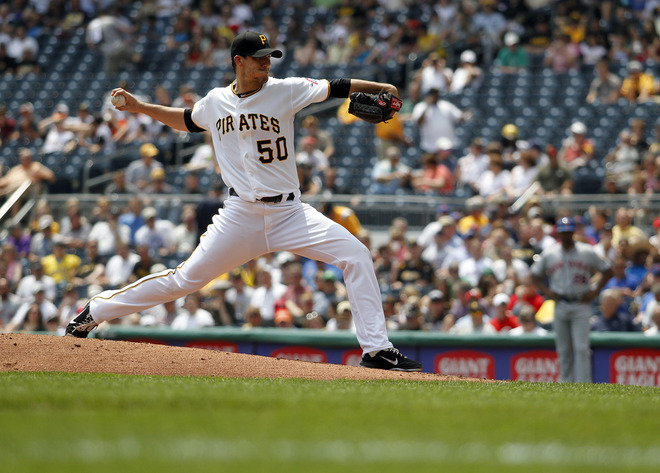 Yes there is plenty of sarcasm to be found in that headline.  The Pittsburgh Pirates offense has not been seen since at least last June.  I know that this team may carry a 20-24 record and that all hope is not gone, but I’m just tired of watching the same thing every day.  Decent pitching goes wasted, excuses are made by the media, coaching, and players about how they don’t know why the offense is struggling so much, and yet nothing is don’t to try to correct the problem.

Well I hope management wakes up soon, because losing year number 20 is just around the corner if games like today continue.  How about we fire hitting coach Gregg Ritchie? He obviously has no input for this team in the two years he has been on the staff.  How about one of the pitchers goes off on the offense, wakes them up, and show how upset you have to be in all these wasted starts.  Please something to end the monotony that has become the 2012 season.

The Buccos offense made New York Mets starter Jon Niese a surefire first ballot Hall of Famer with today’s start.  He would go 7.2 innings giving up one run on five hits while striking out five and walking two batters.  I’m sorry, but one run off of a guy that has a career ERA of 4.44 and entered today with a season ERA of 4.85.  My God let me go out there and take a swing, I can do just as well and for a lot less cash.

Charlie Morton started for the Pirates and while he continued to struggle and look nothing like the “Ground Chuck” we came to know and love last year, he did what the pitching staff has done on most nights, keep the team in the game.  Morton left after seven innings in which he gave up three run on eight hits while striking out a batter.  No surprise that the bullpen pitched two scoreless innings again.

Pirates are off tomorrow and boy do they deserve to be.  The Chicago Cubs come to town on Friday for a three game set, and while it may look good on paper that a last place team is coming to PNC Park, if this offense does not step up and do something soon, our friends who come in from the north side of Chicago may want to pack their brooms.