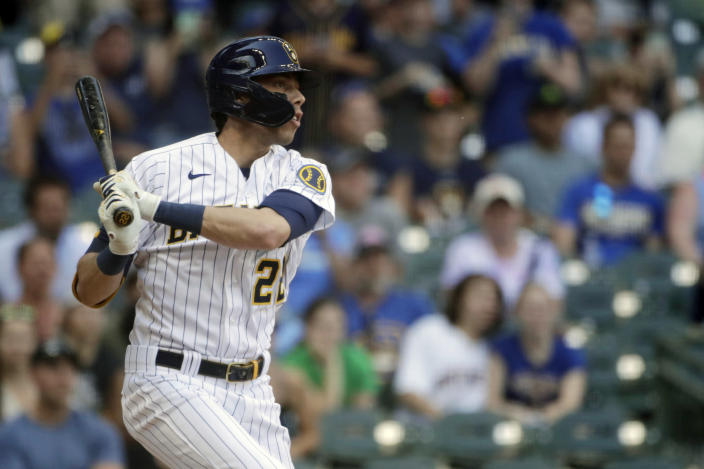 The Pittsburgh Pirates lost their seventh straight game on Sunday afternoon, a 5-2 defeat to the Milwaukee Brewers.

Wil Crowe started for Pittsburgh and held his own on the mound.  He gave up two runs on two hits with one w walk and eight strikeouts.  His mound opponent, Adrian Houser, gave up two runs on seven hits in 5.2 innings on the bump.  Neither starting pitcher earned a decision on the day.

Milwaukee took the lead in the bottom of the first on a double by Daniel Vogelbach, scoring Luis Urias to make it 1-0.  Pittsburgh tied the game in the top of the second on a ground ball by Kevin Newman, allowing Colin Moran to score.

The Bucs took the lead, only briefly, in the top of the sixth inning on a solo homerun by Jacob Stallings.  But the Brewers answered immediately in the bottom of the inning with three runs.  A triple by Urias tied the game, and a homerun by Avisail Garcia made it 4-2.  Christian Yelich followed with a sacrifice fly in the seventh to make it 5-2, which would be the final score.

It another day and yet another loss for the Pirates’ club.  They cannot find ways to win games.  Things are going from bad to worse in all facets of the game, and they are now a season low 18 games under .500 and have a seven game losing streak.  They will look to end the skid on Monday when they hit the road for a series against the Washington Nationals.