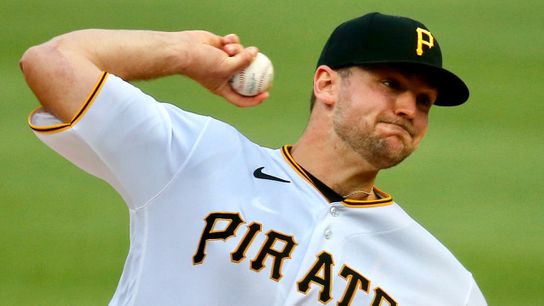 The Pittsburgh Pirates lost their fourth straight game on Thursday, a 7-2 defeat to the Milwaukee Brewers at PNC Park.

Thursday marked the first game of the season of full capacity at PNC Park, and despite the less than impressive attendance numbers, it still felt like some sort of a new beginning for this team that had endured a terrible 2021 campaign thus far.  Unfortunately, it was more of the same on the field for this team – falling behind early and insufficient offensive output to come back, resulting in another loss.

Wil Crowe started for Pittsburgh, lasting only 4.2 innings while giving up two runs on four hits and three walks.  His mound opponent, Corbin Burnes, gave up one run on four hits in 7.1 innings of work.

Milwaukee scored the game’s first run on a triple by Jace Peterson in the top of the second inning, scoring Tyrone Taylor.  Later in the inning, Jackie Bradley Jr. doubled home a run, making it 2-0.

The Bucs cut the lead in half in the bottom of the fifth when Ben Gamel hit a solo homerun, his 3rd of the season, to right center field to make it a 2-1 game.  The Brewers responded the very next inning, though, with two runs of their own.  A single by Keston Hiura made it 3-1, and a sacrifice fly by Daniel Robertson allowed their fourth run to score.  Milwaukee broke it open in the ninth, scoring three runs on Richard Rodriguez to make it a 7-1 score.

A double by Jacob Stallings in the bottom of the ninth scored Ke’Bryan Hayes to make it 7-2, but that was as close as the Bucs would get on this night.

This was a difficult way to kick off the home stand for the Pirates.  Things continue to head in the wrong direction for this team.  On a bright note, however, Adam Frazier was named as an All Star starter for the National League.  Congratulations to him on an excellent first half of the season.

The Pirates will look to snap their skid when they take the field tomorrow evening at PNC Park in the second game of this series against the Brewers.  First pitch is scheduled for 7:05pm.