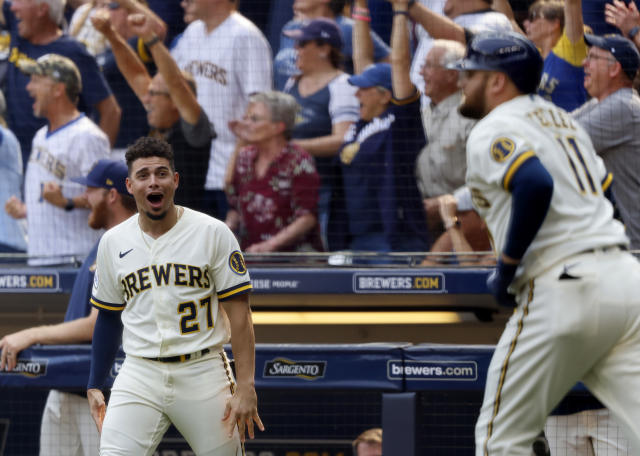 Steven Brault made his season debut for the Pittsburgh Pirates on Wednesday afternoon.  Unfortunately for Pittsburgh, the Milwaukee Brewers came up with timely hits in key moments, pushing past the Bucs by a 4-2 score.

Brault lasted four innings, giving up one run on three hits with one walk and two strikeouts.  His mound opponent, Freddy Peralta, gave up two runs on six hits with nine strikeouts and two walks in his six innings of work.  Brent Suter earned the victory (10-5) and Devin Williams tallied his first save of the season.

Milwaukee took the lead in the bottom of the third on a single by Eduardo Escobar that scored Kolten Wong to make it 1-0.  The Bucs tied the game in the top of the fourth on a double by Jacob Stallings, which scored Bryan Reynolds.

Pittsburgh took the lead in the sixth inning when John Nogowski hit a sacrifice fly to center field, allowing Reynolds to score from third.

It looked as though the Pirates may be able to hold on for the victory…until the seventh inning.  A monster three run homerun by Rowdy Tellez turned out to be the game winner for Milwaukee, as the bullpen held off the Bucs in the final two innings to secure the victory.

This certainly wasn’t the way the Pirates wanted to end their time in Milwaukee this week.  They were finally able to squeeze out a win on Tuesday and were two thirds of the way through Wednesday’s game with the lead before things fell apart.  They will now continue their N.L. Central tour with a four game set against the Cincinnati Reds, beginning tomorrow night.