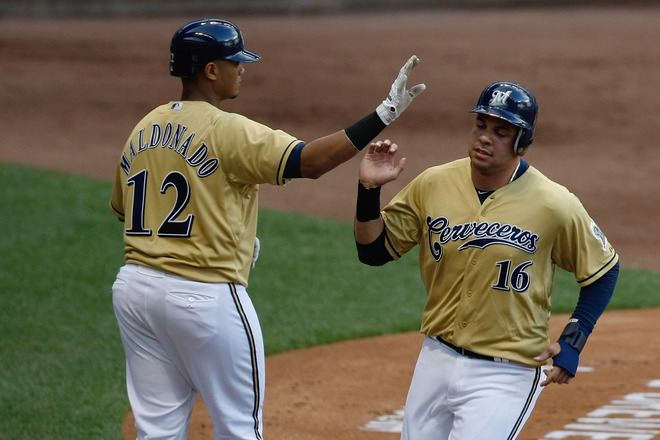 Tonight’s game was not on television, and after listening to the majority of it, I am glad it was not.  One bad inning from starter Erik Bedard was all the Milwaukee Brewers needed to defeat the Pittsburgh Pirates 5-1.

This game showcased what we all know will happen if the starting pitching falters for a long period of time this season, the Buccos will not survive.  The Brew Crew took a 1-0 lead in the second inning when a Brooks Conrad sacrifice fly brought home Aramis Ramirez.  Fortunately though, Garrett Jones would crush a solo shot in the top part of the fourth to tie the game at one.

The bottom part of the inning is when the wheels fell off of Bedard.  Milwaukeewould send five batters to the plate before recording an out and four runs would score in that time.  Cody Ransom drove in two runs with a single, which was followed up by Conrad collecting his first hit of the year on a two run homer to right field.  Bedard would not make it out of the inning allowing five hits and five runs, while striking out five and walking three.  The bullpen was flawless as Chris Resop, Jared Hughes, and Doug Slaten all pitched shutouts.

The offense looked terrible tonight, which we are use to when they play in Milwaukee.  Jones was the only batter with more than one hit, two, while Jose Tabata, Andrew McCutchen, and Matt Hague each had one.  Pedro Alvarez would go 0-4, which now gives him a total of zero hits in his last 18 plate appearances.  Clint Barmes showed that his time off to find his stroke was really useful in a 0-3 effort.

The Buccos will get a break from Major League pitching tomorrow as they will face a AAA callup.  That may sound good, but while Michael Fiers has a 1-3 record with a 4.42 ERA in AAA, his lone start this season in the bigs produced a win against the Los Angeles Dodgers.  James McDonald will look to continue his hot streak of late, and if this offense shows up, he will need to be at his best if he hopes to collect a W.