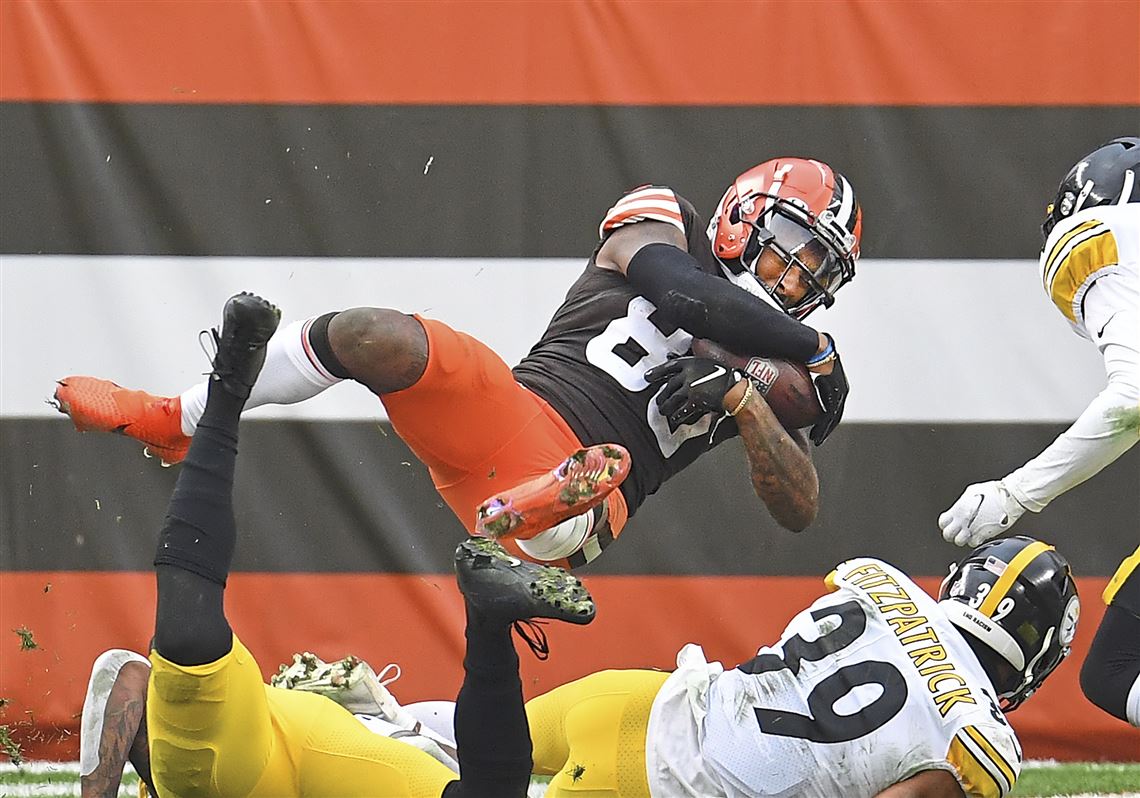 The Cleveland Browns had a simple path to the NFL playoffs when they took the field on Sunday against the Pittsburgh Steelers:  win and you’re in.  Both teams were missing some key players and both teams have had their seasons affected by the pandemic, as all teams have, but it all came down to the final 60 minutes of the regular season between these two AFC North opponents.

The Browns built a substantial lead, and held off a valiant Steelers’ comeback on their way to a 24-22 victory.

Baker Mayfield had 196 yards in the air and a touchdown, while adding 44 yards rushing, including a few crucial first down scampers in key moments.  Nick Chubb finished off his impressive season with 108 yards on 14 carries and a touchdown.

The Browns took the lead on their first drive of the game, highlighted by a 47 yard touchdown run by Chubb.  A field goal in the second quarter made it 10-0.  Pittsburgh responded with a pair of field goals to cut the lead to 10-6 at the half.

After another field goal cut the lead to 10-9, the Steelers gave up two consecutive touchdowns to Cleveland, putting them in a 24-9 hole.

Rudolph put together two fourth quarter scoring drives, though, to put the Steelers right on the doorstep of playing spoiler against their divisional foes.  A 28 yard pass to Claypool and a 2 yard toss to Smith-Schuster made it 24-22.  Pittsburgh’s attempt at a two point conversation to tie the game was unsuccessful, however, and the Browns were able to run out the clock to end the game.

This was a highly competitive game between two teams who really wanted to win.  The Browns have qualified for the postseason for the first time in a long time…and their reward is a wild card round matchup against this same Steelers’ team.

The two rivals will meet up at Heinz Field in the weekend’s final playoff matchup at 8:15pm on Sunday night.