Bucco Blast From The Past: Bill Madlock 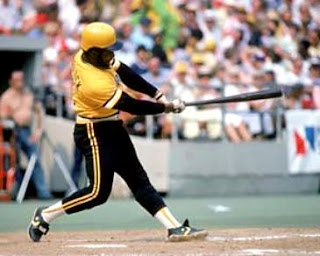 For this week’s edition of Bucco Blast From The Past, we look back at the career of Bill Madlock.
Nicknamed “Mad Dog,” Madlock had an illustrious 15-season career, tallying a .305 career batting average with 2008 hits, 163 homeruns, and 860 RBI’s.  From 1973-1987, he played for the Texas Rangers, Chicago Cubs, San Francisco Giants, Los Angeles Dodgers, Detroit Tigers, and of course, the Pittsburgh Pirates.
Madlock’s career in began in 1979 when he was traded to the Pirates after an unhappy experience with the San Francisco Giants.  Mad Dog put together a strong season following the trade, batting .328 during the season, and .375 in the World Series.  The Pirates, of course, won the championship that year, led by Dave Parker and Willie Stargell.
After a rather disappointing 1980 season, Madlock’s hitting soared once again in the next few years, earning him batting titles with the Pirates in 1981 and 1983, making him the first player to win multiple batting titles with two different teams (the other being the Chicago Cubs).  He also finished second in the National League in batting in 1982; his .319 average bettered only by Al Oliver’s .331.  After the rapid decline of both the Pirates’ and Madlock’s play, he was traded to in 1985.
Following his stint in the MLB, he played for the Lotte Orions in in 1988.  After two years as a coach with the Detroit Tigers, Mad Dog was invited to coach in a professional league in .  In 2003, he was hired to manage the Newark Bears of the Independent Atlantic League.
Bill Madlock certainly earned the nickname “Mad Dog” for a reason.  With an extremely fiery temper, he was involved in several incidents that are still remembered with infamous descriptions.
In a May 1, 1980 game versus the Montreal Expos at Three Rivers Stadium, Madlock poked umpire Jerry Crawford in the face with his glove after being called out on strikes with the bases loaded.  National League President Chub Feeney fined Madlock $5,000 and suspended him 15 games.  Mad Dog appealed the suspension and remained in uniform before finally serving his time on June 6, after National League umpires threatened to eject him from every game he attempted to play in following the incident.
As a player, Madlock was ejected from 18 games.  While his fiery attitude and behavior got himself and the team into trouble at times, it was his tenacity that made him an incredibly successful Major League Baseball hitter.
Comments on Bucco Blast From The Past?  We’d love to hear from you!  Send us an email at comments@fansfromthestands.com
Be sure to check back for our weekly recognition of a former or current Pirate in our Bucco Blast From The Past!
And…
As Always…
Let’s Go Bucs!