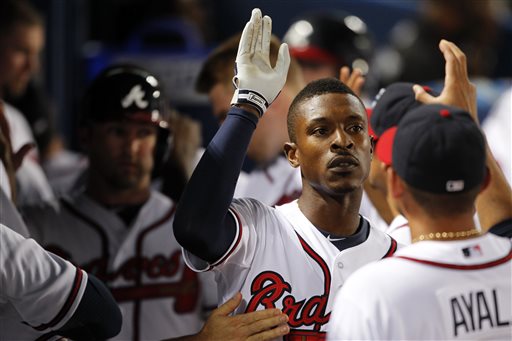 After a tough loss Monday night, the Pittsburgh Pirates were looking to rebound tonight against the Atlanta Braves.  Through five and half innings it looked like Buccos would pull out the win, but Atlanta found some offense and used their bullpen to earn the 5-4 win in ten innings.

Jeff Locke pitched well again tonight in the 5.2 innings he worked.  He allowed three runs on six hits while walking two and striking out seven.  His third run came after he had been lifted from the game.  Relief pitcher Ryan Reid, who made his Major League debut last night, allowed a two run homer to B.J. Upton that would tie the game at four.

Through the first four innings the Pittsburgh offense was working well and was able to counter the Braves.  Gaby Sanchez opened the scoring on the night with a solo dinger in the second inning.  The Buccos then took a 3-0 lead in the third inning on an Andrew McCutchen two RBI double.  After Atlanta cut the lead to one, Pedro Alvarez hit a solo shot of his own that got Pittsburgh back up by two.

The Pirates were unable to score after that fourth inning and when that happens, a team ends up with a notch in the loss column.  Defeat would strike in the bottom of the tenth, when Andrelton Simmons singled to right centerfield that brought in the game winning run.

The Buccos are in a bit of slump right now as they have lost four of their last five.  It is a key game tomorrow as they need to avoid the sweep before they head out of Atlanta.  Wandy Rodriguez will look to stop the bleeding, with first pitch scheduled for 12:10pm.