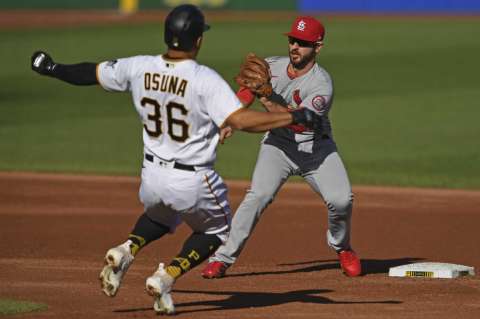 A sacrifice fly by Colin Moran scored Bryan Reynolds in the fourth inning for the Pirates’ first and only run of the game.  But in the seventh, Holland gave up a two run homerun to Yadier Molina, which turned out to be the game-winning hit.

Well, it was another disastrous weekend of baseball for the Pirates and their fans.  Despite the losses, the Bucs’ starters have pitched very well the last two games.  Hopefully that trend will continue as they welcome the first place Chicago Cubs to town for the start of a four game series.