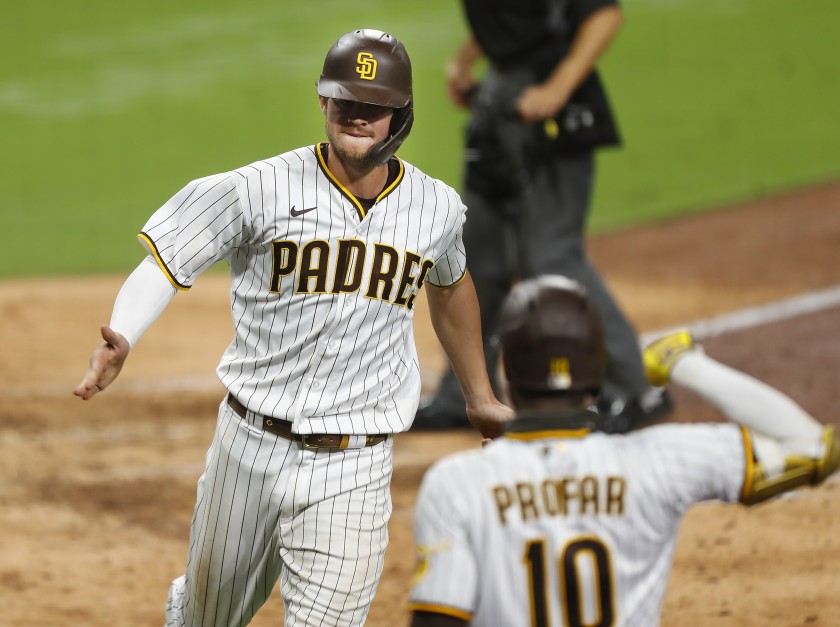 Fresh off an impressive series victory against the Chicago Cubs over the weekend, the Pittsburgh Pirates took the field tonight riding some momentum as they opened up a series against the San Diego Padres at PNC Park.

After a strong start from Trevor Cahill, the Pirates’ bullpen didn’t hold up, and the Padres cruised in the late innings to a 6-2 victory.

Luis Oviedo was the main culprit on the mound for the Bucs tonight, as he limped his way through the sixth and seventh innings, throwing 47 pitches while giving up five runs on five hits and two walks.  As for Cahill, he pitched well, giving up one run on three hits while striking out eighth in his five innings of work.

Wil Myers’ RBI single in the first inning put the Padres in front early.  The Pirates tied the game in the third inning on a double by Phillip Evans, scoring Adam Frazier.

San Diego scored three runs in the sixth to take control.  A two run homerun by Myers made it 3-1, and a double by Victor Caratini made it 4-1.  The Padres were in control at that point, and would add another pair of runs the next inning on another hit by Myers, a single that scored two more runs.

The Pirates scored their second run of the game in the eighth inning on a sacrifice fly by Frazier.  But it was too little, too late, as they couldn’t muster a comeback in the final innings.

Tonight’s game was a bit of a letdown.  After winning their first series of the season this past weekend, the Bucs dropped their game tonight, and the culprit was an unlikely source.  The bullpen has been pretty solid thus far in this young season, but tonight, the Padres broke the game wide open against Oviedo.

Things won’t get any easier for the Pirates’ hitters on Tuesday, as they will take the field against Blake Snell.  Chad Kuhl will take the ball for Pittsburgh.  First pitch is scheduled for 6:35pm.