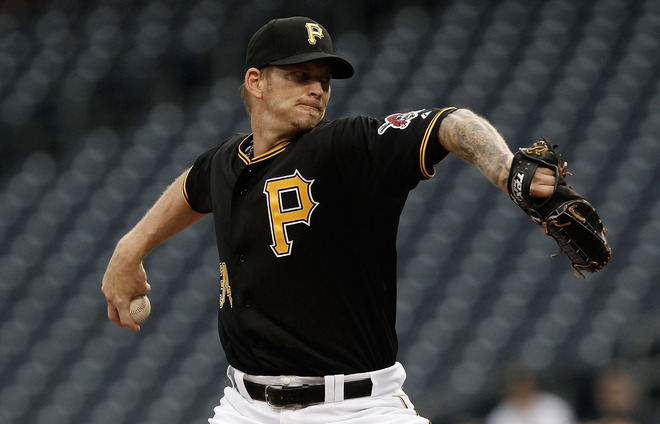 Last time out on the mound, A.J. Burnett had one of the worst pitching performances of his career.  He gave up a total of 12 runs in less than three innings against the St. Louis Cardinals at Busch Stadium.  While most of us believed that this wouldn’t be a trend of things to come, there was at least a little question in the back of our minds…how would he respond?

Burnett was dominant tonight against the Washington Nationals at PNC Park.  Less than a week after being tagged for a dozen runs, A.J. gave up just two runs on six hits through eight innings.  He struck out ten batters while only walking one batter.  This was an incredibly impressive performance by Burnett, responding to the worst game of his career.  After giving up a run in the third and fourth inning, including a solo homerun to Wilson Ramos, he settled in, locked in, and had the Nationals’ hitters dumbfounded.

Unfortunately for the Pirates, Joel Hanrahan couldn’t hold the lead in the ninth inning.  After the Bucs had built a 3-2 lead, Joel gave up a leadoff single to Ryan Zimmerman.  The very next batter, Adam LaRoche, crushed a two-run blast to deep center field to give the Nationals the lead.  It was Hanrahan’s first blown save of the season, and he cost Burnett his second victory of the year.

And the Nationals went on to win…wait wait…not so fast.  The Bucs battled in the ninth, as they’d battled all night, and it paid off with a walk-off victory.  Alex Presley smacked a single up the middle, and after advancing to third on consecutive wild pitches, was able to trot home on Rod Barajas’ game-winning two run homerun.  It was an incredible ending to an enticing matchup tonight, and it was great to see the Bucs come out on top.

Despite the win, though, offensively, the Pirates once again were held in check throughout the game by Nationals’ starter Edwin Jackson…with the exception of a few hits.  In all, the Pirates managed just five hits, two of which were solo homeruns by Andrew McCutchen and Garrett Jones respectively.

The Bucs originally broke the tie in the bottom of the eighth inning.  After Nate McLouth forced a one-out walk, Jose Tabata singled him over to third base, and a sacrifice fly by Neil Walker brought him home.  Unfortunately, the lead would last less than half an inning.

This one would’ve been an excruciatingly painful loss for the Pirates, spoiling a great performance by Burnett.  Hopefully, that last homerun can get Barajas going at the plate, as it has been a horrendous struggle thus far.  All in all, though…the Pirates won the game.  No complaints here.

It won’t get any easier for the Bucs the next two nights against the Nationals, as they’ll face two tough pitchers in Ross Detwiler and Stephen Strasburg.  Erik Bedard and Kevin Correia will pitch on Wednesday and Thursday respectively.