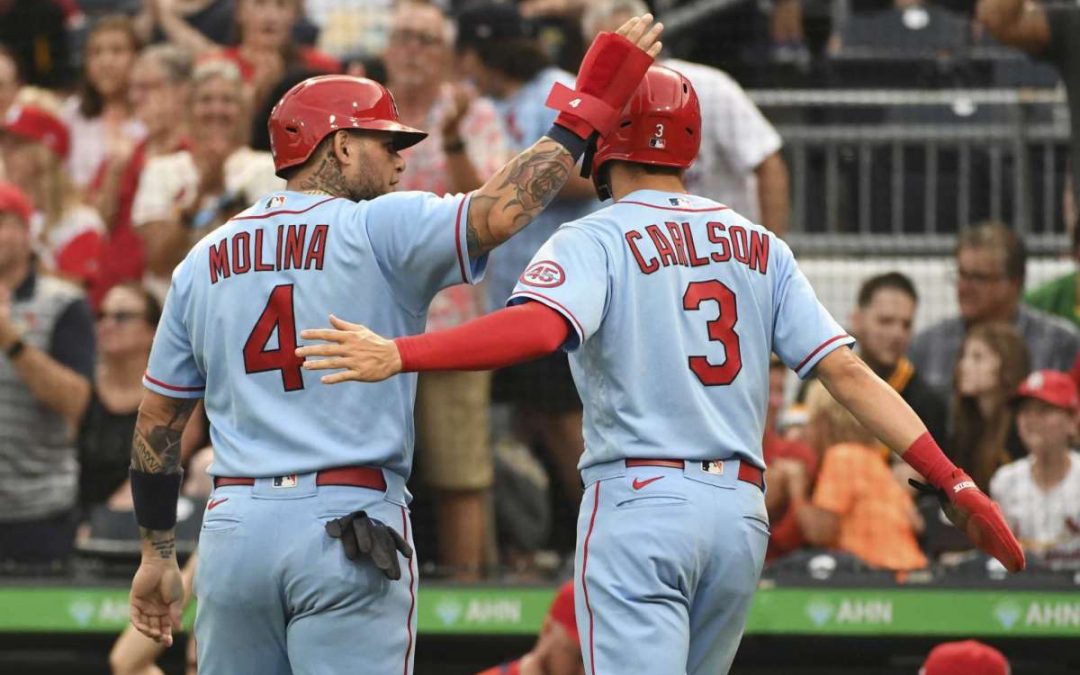 In a 162 game MLB season, there are always some “feel-good” games when everything seems to fall perfectly into place for an easy, comfortable victory.  On the flip side, during a long tumultuous season, there are also those nights when everything goes wrong in an embarrassing defeat.  For the Pittsburgh Pirates, the latter was on full display on Saturday night, as the St. Louis Cardinals routed the home team to a 13-0 score.

Steven Brault started for Pittsburgh and was hit early and often.  He was tagged for seven rights on eighth hits before being removed from the game after just three innings of work.  The bullpen was busy on this night, as the Bucs used five additional arms, collectively surrendering six runs on ten hits in their six innings.

Adam Wainwright was on the bump for St. Louis, and he continued his dominance of Pittsburgh.  He gave up just three hits and one walk in his seven innings on the mound, improving to 13-7 while lowering his ERA To 2.97 on the season.

A two run triple by Edmundo Sosa got the scoring started for the Cardinals in the second inning.  After Paul Goldschmidt singled home a run in the third, Sosa hit his second triple of the game, scoring three more runs to make it 6-0.  Wainwright later stepped to the plate and helped his own cause with a RBI single to make it 7-0.

Goldschmidt continued his solid day at the plate in the sixth inning with a RBI double to left field, scoring Tommy Edman. He picked up yet another RBI in the seventh when he drew a bases loaded walk to plate another run, making it 10-0.

The Cardinals added insult to injury in the eighth inning with three more runs.  A two run homerun by Dylan Carlson was followed later in the inning by a RBI single by Edman to complete the scoring.

This was just an absolute beatdown by the Cardinals and a game that was truly unwatchable for Pirates fans.  These games happen during the course of a long season, but unfortunately, these do represent a reminder as to just how inferior this Buccos team can be in all facets of the game.

Pittsburgh will look to earn the series split when they take the field in the final game of this weekend series on Sunday afternoon.  Wil Crowe will take the mound for the Pirates against Kwang Hyun Kim for St. Louis.