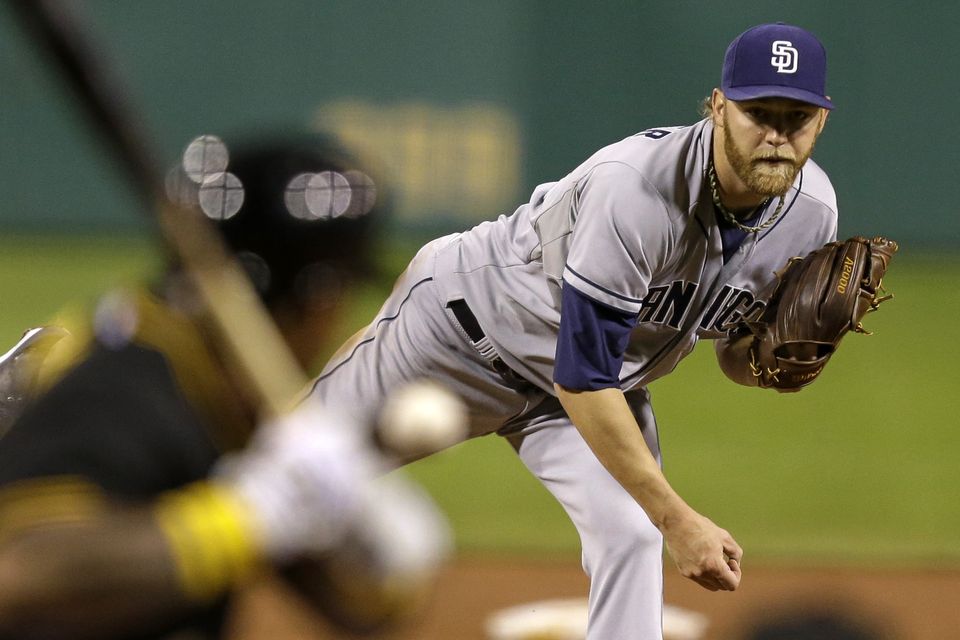 For whatever reason, the San Diego Padres have owned the Pittsburgh Pirates at PNC Park since the stadium opened in 2001.  Since that year San Diego has a 28-10 record and added another notch in the win column after tonight’s 2-0 victory.

Andrew Cashner took the ball for the Padres tonight and he was on fire from batter one to batter twenty seven.  Had it not been for a Jose Tabata single in the seventh inning, Cashner would have had the first no hitter in the history of the San Diego franchise.  Over the course of those nine innings he would strike out seven Buccos.

A.J. Burnett started for Pittsburgh tonight and through six innings was able to keep the Padres off the board.  The seventh inning is when San Diego collected their two runs, and A.J. left the game with two outs in the inning.  Burnett was able to strike out eight, while walking three batters tonight.

Vin Mazzaro came in to collect the final out of the inning before being lifted prior to the eighth inning for Jason Grilli.  Grilli was finally able to make it through an inning since coming of the DL back in August.  He would strikeout two, while allowing two hits.  Jeanmar Gomez was the final pitcher out of the bullpen tonight and pitched a flawless ninth striking out two batters.

It is never good to be on the losing side of a one hit shutout, especially when you’re the team in the middle of a playoff race.  The Pirates have been able to bounce back from losing the first game of a four game series throughout the year.  They will need to show that moxie beginning tomorrow night as Jeff Locke will take the mound for the 7:05pm start.