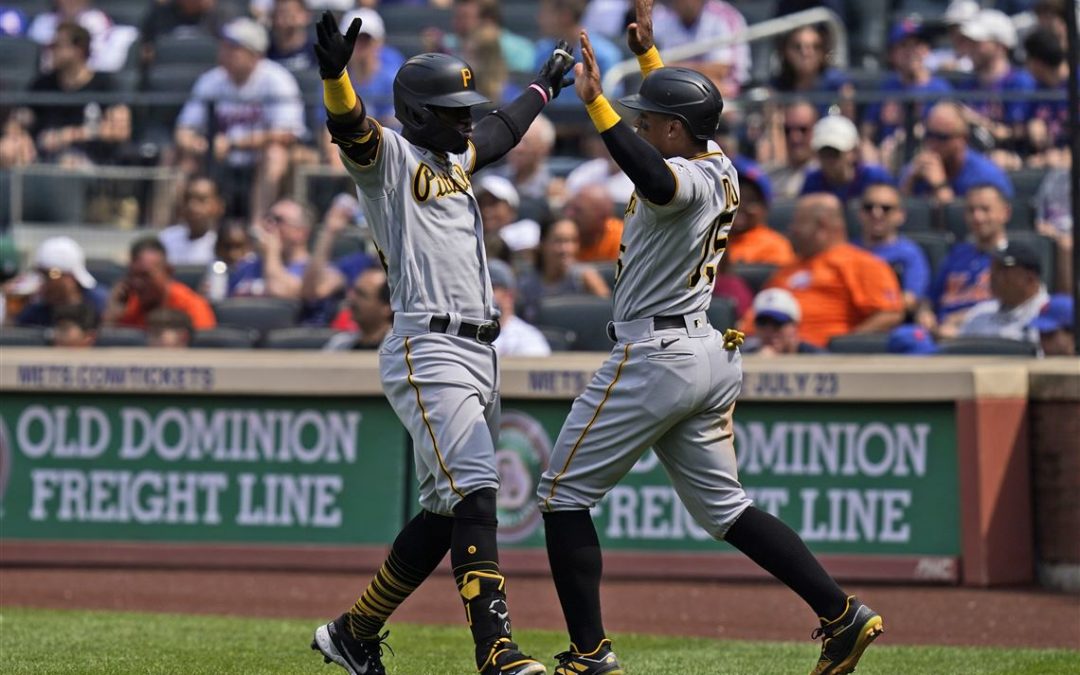 Two homeruns from Rodolfo Castro, along with some contributions from other unlikely sources, led the Pittsburgh Pirates to a come-from-behind victory over the New York Mets this afternoon at Citifield.

The victory earned a series split for the Pirates, who have a “feel-good” victory heading into the All-Star break.  For the Mets, it was a squandered opportunity for a series victory, but instead, a split with the last place Bucs.

Chase De Jong started for Pittsburgh and struggled from the very beginning, giving up five runs in the first inning.  He did settle in after that, but still it was final line was less than impressive – five runs on four hits and three walks in five innings on the mound.  The Pirates’ bullpen was solid this afternoon though, including Richard Rodriguez, who earned his 12th save of the season by pitching a scoreless ninth inning.

The Mets scored five runs in the first inning to seemingly take control of the game early.  A two run homerun by Francisco Lindor was followed later in the inning by a three run homer by Michael Conforto.  Early on, it looked like it was going to a long day for the Pirates.

Pittsburgh scored two more runs in the top of the sixth on Castro’s second homerun of the game, a two run shot to left center, cutting the Mets’ lead to 5-4.

New York held onto the one-run lead until the top of the ninth, when the Pirates completed the comeback with two runs.  A single by John Nogowski tied the game, and Wilmer Difo’s single scored the game-winning run for the Bucs.

This was quite the comeback for Pittsburgh, and it was the perfect way to end the first half of the season.  Obviously, this has been a difficult season thus far for this team, but there have been a handful of “feel-good” moments as well.  Today’s comeback victory was certainly one of those, and the Bucs will now have a few days to rest and hopefully carry some momentum over to the second half of the season on Friday against the Mets at PNC Park.