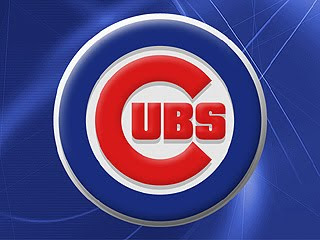 The Pirates entered Monday afternoon’s game against the Chicago Cubs with a chance to do something that has never been done to their windy-city rivals before: beat them every game at home. That’s right, the Cubs had never had a winless season at Pittsburgh in their history. This game, a rescheduled matter from last week, served as the last chance for the Cubs to avoid this embarrassing record.

Monday, June 7: The Pirates’ starter Dana Eveland, recently acquired from the Toronto Blue Jays, got the nod in the makeup game against the Cubs. His performance on Monday could best be described as “Ehhhh…” He pitched 5 innings, giving up 3 runs on 6 hits while walking 2 on way to his first loss as a Pittsburgh Pirate. The Cubs jumped on him early, tallying a run in 3 of the first 4 innings. Typically, the Pirates are notorious for giving up a huge inning that ultimately closes the door on any comeback chance. That was not the case today, as the Cubs, one inning at a time, put the game further and further out of reach, which include a 2 run 9th which sealed the deal for Chicago, 6-1.

The Bucco lumber was non-existent on this night, as they were only able to muster 6 hits as a team. Bobby Crosby was the only multi-hit Pirate of the game, and Jason Jaramillo supplied the only RBI with his sacrifice fly in the 7th inning.

So the Pirates complete their home-stand with a 3-3 record, with a VERY difficult road trip ahead of them. Our battlin’ Buccos will travel to Washington for a 3 game set with the Nationals, before getting their first taste of Interleague play of the season against the Detroit Tigers. This is the most challenging month of the season so far for Pittsburgh, so time will tell how long they can keep the fans, and themselves, interested.