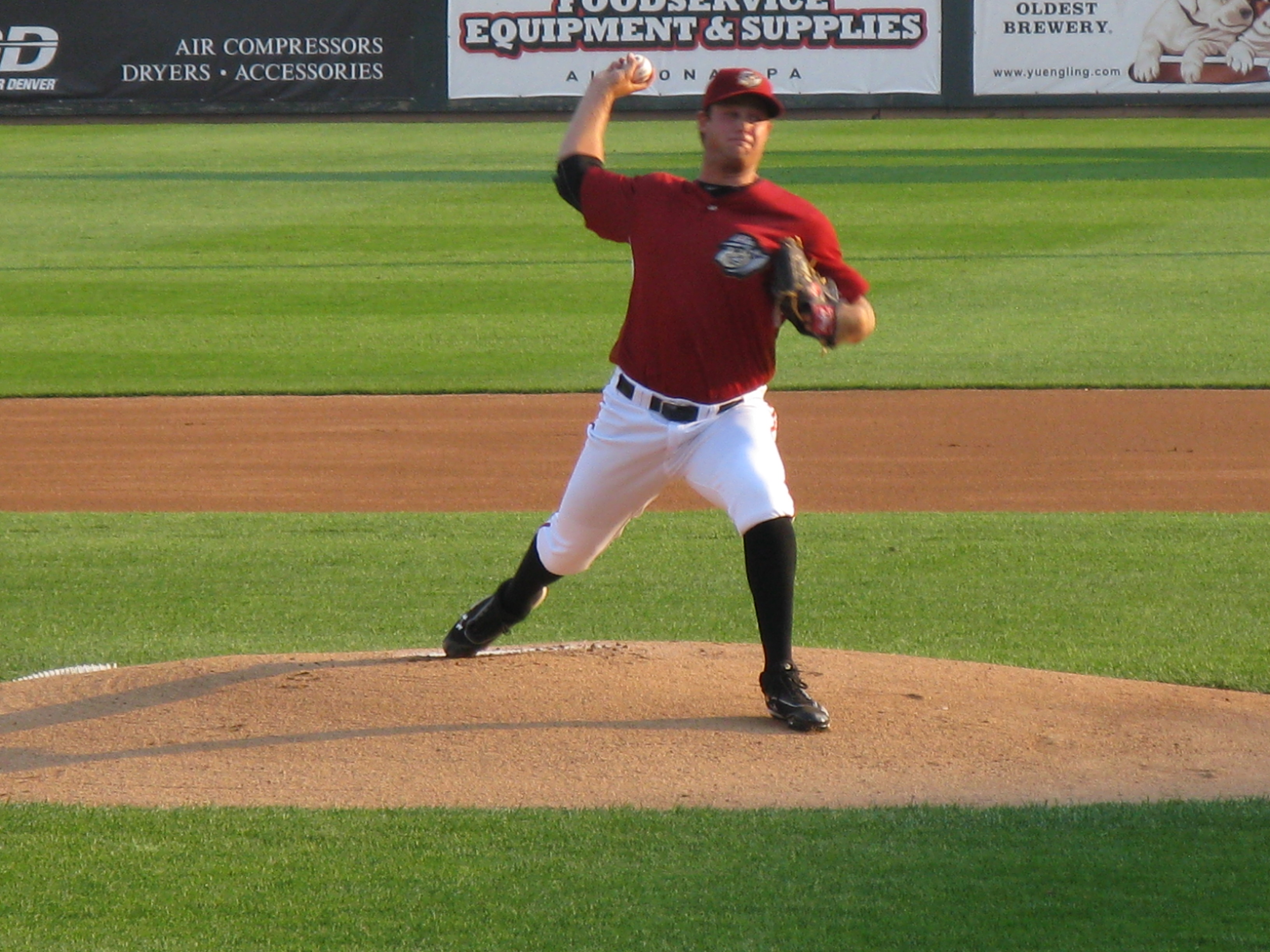 Peoples Natural Gas Field had a larger than normal crowd for a Wednesday night as Gerrit Cole made his Altoona Curve debut.  Cole was the Pittsburgh Pirates first round pick of 2011 and is projected to be the future ace of the Pirates staff.  While he may be a year or two away from taking the mound atPNCPark, if he continues to work at his craft, the sky is the limit for Cole.

His final line of the night was five innings pitched two runs on five hits with six strikeouts.  The first time through the order was flawless as each inning was 1-2-3.  The New Britain Rock Cats made some adjustments and collected their first hit and run in the fourth inning.  A lengthy delay due to a tower of lights going out prior to the fifth may have helped the Rock Cats gain a few more hits and another run before Cole called it a night.  Of his 74 pitches, 52 were for strikes.

Being their in person, I saw a power pitcher, who for his age appears to have control of his pitches.  He topped out at 96mph on the radar gun and showed command with his change up and curveball.  Tempo was also good for Gerrit as he did not waste time on the mound.  He got the ball from the catcher, collected himself, received the pitch call, and then delivered.

The Curve also brought the bats on this night.  Quincy Latimore, who plays right field, hit a three run home run in the first inning.  Later on in the fourth inning, center fielder Robbie Grossman would blast a three run homer of his own.

Overall, it was a great night to watch Minor League Baseball.  The Curve won 9-4, and Cole made a debut that gives fans hope for a bright future with the starting rotation.  If you ever have the opportunity to head toAltoonafor a game, I highly recommend it.  It feels like a small version of PNC Park, and instead of the skyline and river in right field, there is a roller coaster.  Doesn’t get much better than that.