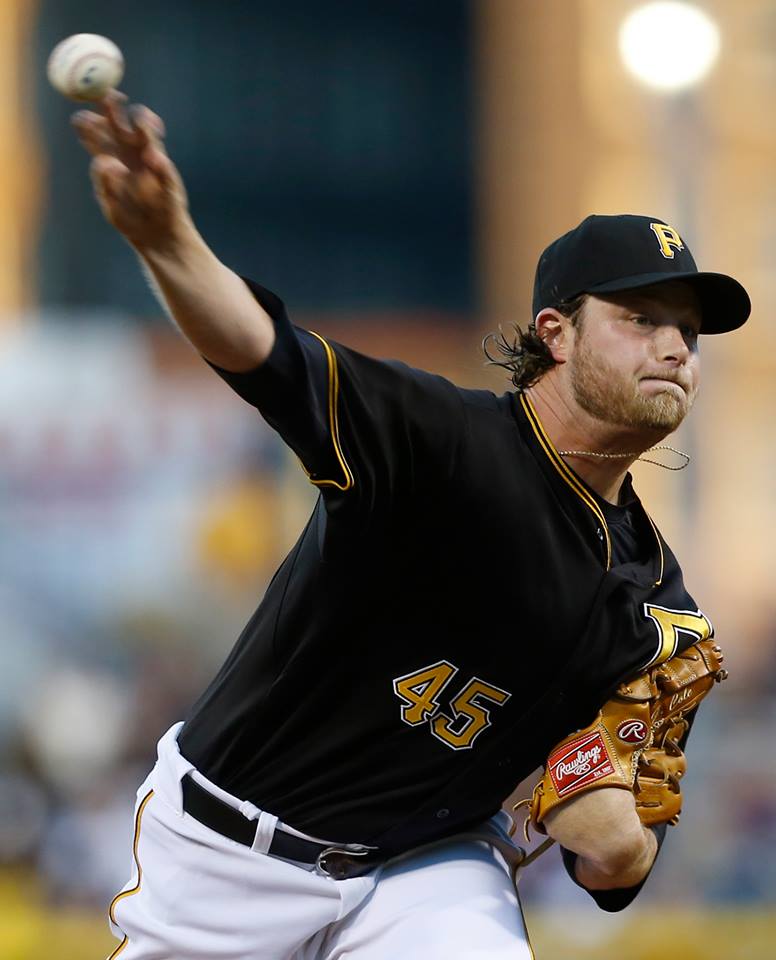 With the weather cooling off, the battle for the Central Division is heating off.  With the Pittsburgh Pirates taking down the Chicago Cubs 2-1 tonight and the St. Louis Cardinals losing, there is once again a two team tie atop the division.  Tonight’s win was carried out by Gerrit Cole and two homers.

Cole, while shaky at times, battled his way to seven innings of work.  His final line was one run on five hits, while striking out seven and walking three.  That lone run came in the first inning when Nate Schierholtz doubled to right to bring in Starlin Castro.  That was all Chicago could bring to the plate and for five innings it looked like that would be all that they needed.

The Cubs sent Scott Baker to the bump and he pitched well over his six innings of work.  The lone run he gave up came in the sixth off the bat of Jose Tabata who blasted a solo homer to deep center field.  The game would remained tied until the bottom of the seventh when Marlon Byrd would hit a solo homer to deep right center for what would end up being the game winning run.

The Shark Tank was in full lock down mode this evening.  Tony Watson picked up his 21st hold of the season with an inning of work in the eighth.  That would set up Mark Melancon to pitch the ninth.  A dropped strike three would allow Brian Bogusevic to reach first with one out.  However, Melancon would induce a double play to the next batter to finish off the game and pick up his 15th save of the year.

These two teams will wrap up this four game series tomorrow.  Fancisco Liriano will take the ball for the Buccos.  Liriano will look to duplicate his last start and lead the Pirates to the series win.  Game time is scheduled for 1:35pm.