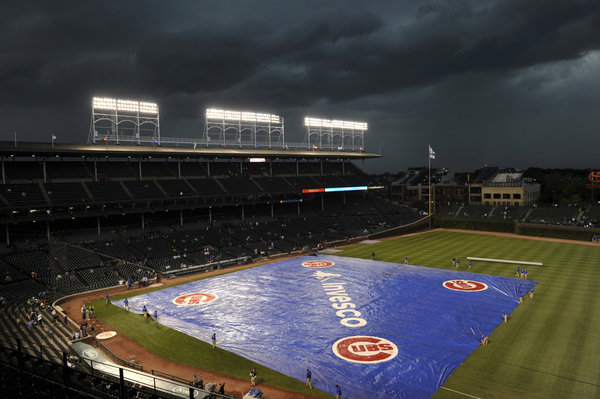 It has been a nightmare of a month of September for the Pirates and their fans thus far, struggling with consistency with the bat, the glove, and on the mound.  Yet, amazingly enough, they entered tonight’s game still within a few games of the final Wild Card spot in the N.L. behind the St. Louis Cardinals.

A day after surrendering 13 runs to one of the worst teams in all of baseball, the Bucs turned the ball over to Kevin Correia, and, after a three and a half hour rain delay, he pitched seven innings of two hit, shutout baseball, while the offense used a three-run third inning to beat the Cubs at Wrigley Field, 3-0.

With the victory, the Pirates earned a split with the Cubbies for the series and for the season (8-8), while also climbing to within 2.5 games of the Cardinals in the playoff race.

Correia was masterful tonight, giving up only two hits, both of which to Darwin Barney, while striking out six batters and walking only one.  Jason Grilli and Joel Hanrahan, who have struggled as of late, cleaned things up nicely in the eighth and ninth innings, securing the Pirates’ 74th win of the season.

Offensively, the Bucs struggled, managing just a total of five hits on the night/morning.  Starling Marte smacked a huge two-run triple in the third inning, scoring Clint Barmes and Brock Holt.  Marte then scored on an RBI single by Jose Tabata, giving the Bucs all the runs they would need.  Tabata led the team with two hits, while Michael McKenry and Holt had a hit a piece, along with Marte.

This was a game that the Pirates absolutely needed to win.  With everything that has happened to this team over the past few weeks, they still have a great opportunity to finish this season on an impressive streak.  Kevin Correia pitched a brilliant game, probably his best of the season, at a time when his team needed it the most.

The Bucs return home toPittsburghfor a HUGE three game series against the Milwaukee Brewers at PNC Park.  Both teams are tied in the standings, 2.5 games behind the Cardinals.  First pitch tomorrow is slated for 7:05 pm, with Yovani Gallardo for the Brew Crew facing off against A.J. Burnett.