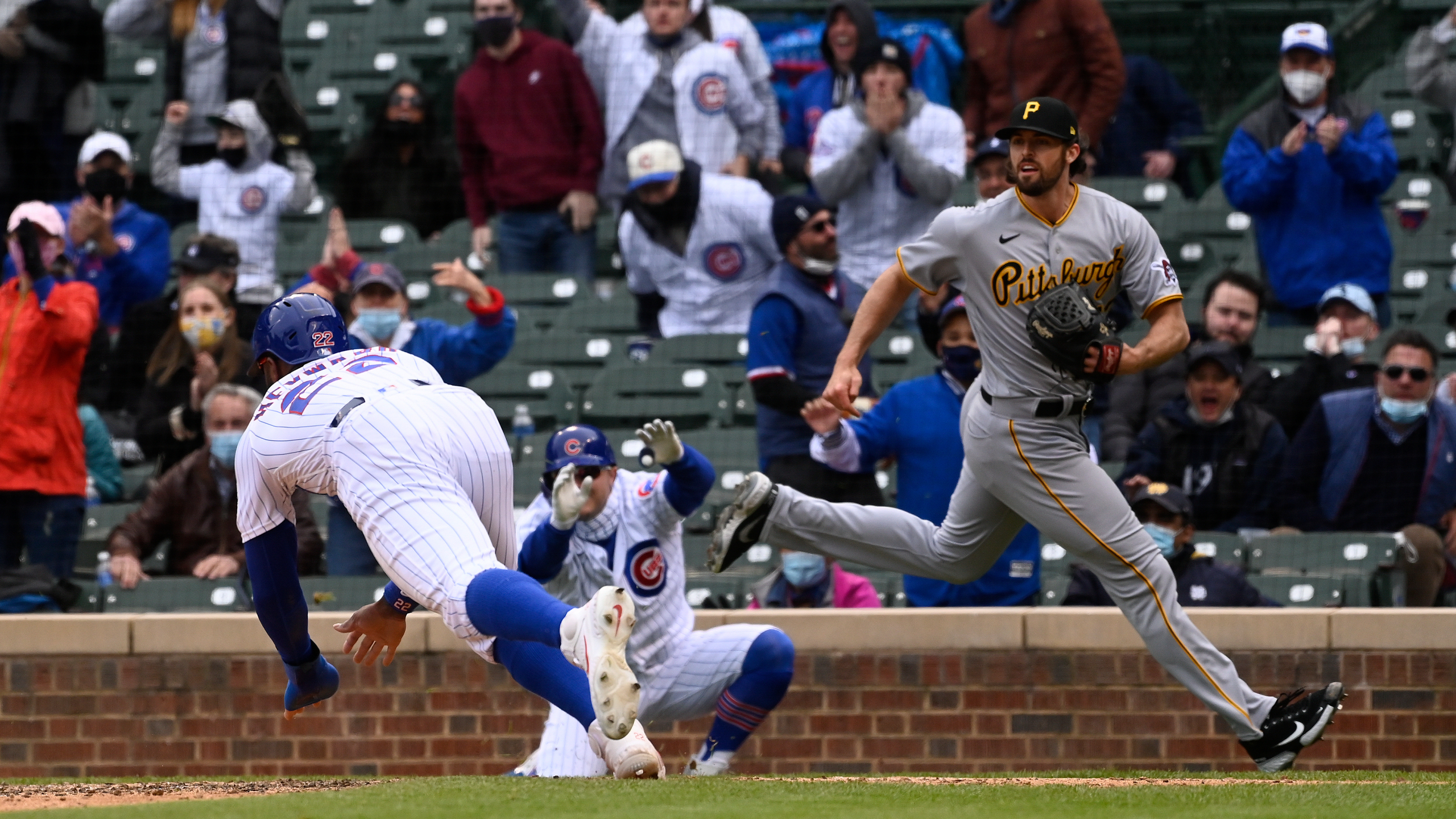 The Chicago Cubs beat the Pittsburgh Pirates this afternoon at Wrigley Field by a 3-2 score.  While the Cubs have now won five straight games, the Bucs are headed in the opposite direction, having dropped three consecutive games.

Wil Crowe started for Pittsburgh and pitched very well, giving up two runs on four hits with five strikeouts and just one walk in six innings of work.  Trevor Williams took the mound against his old team, giving up a pair of runs on five hits in four innings.  Sam Howard took the loss for Pittsburgh, while Keegan Thompson earned the victory for Chicago.

The Cubs loaded the bases against Crowe in the first inning.  Willson Contreras was then hit by a pitch, scoring Kris Bryant from third to put the Cubbies in front 1-0.

A two run homerun by Ka’ai Tom in the top of the fourth gave the Bucs a 2-1 lead, but Chicago tied the game in the bottom of the inning on a sacrifice fly by Eric Sogard.

The game was decided in the seventh inning on a single by Matt Duffy that scored Jason Heyward for the deciding run.  The Pirates were unable to push any runs across in the final two innings, and Chicago went on to win the game.

This was another disappointing loss for Pittsburgh.  This marks two straight games that the Pirates had a chance to win but came up short.  To make matters worse, Colin Moran left the game with a groin injury.  That last thing this team needs at this point are injuries.

Pittsburgh will try to avoid the series sweep when they take the field on Sunday.  Tyler Anderson will take the mound for the Bucs against Kyle Hendricks for the Cubs.