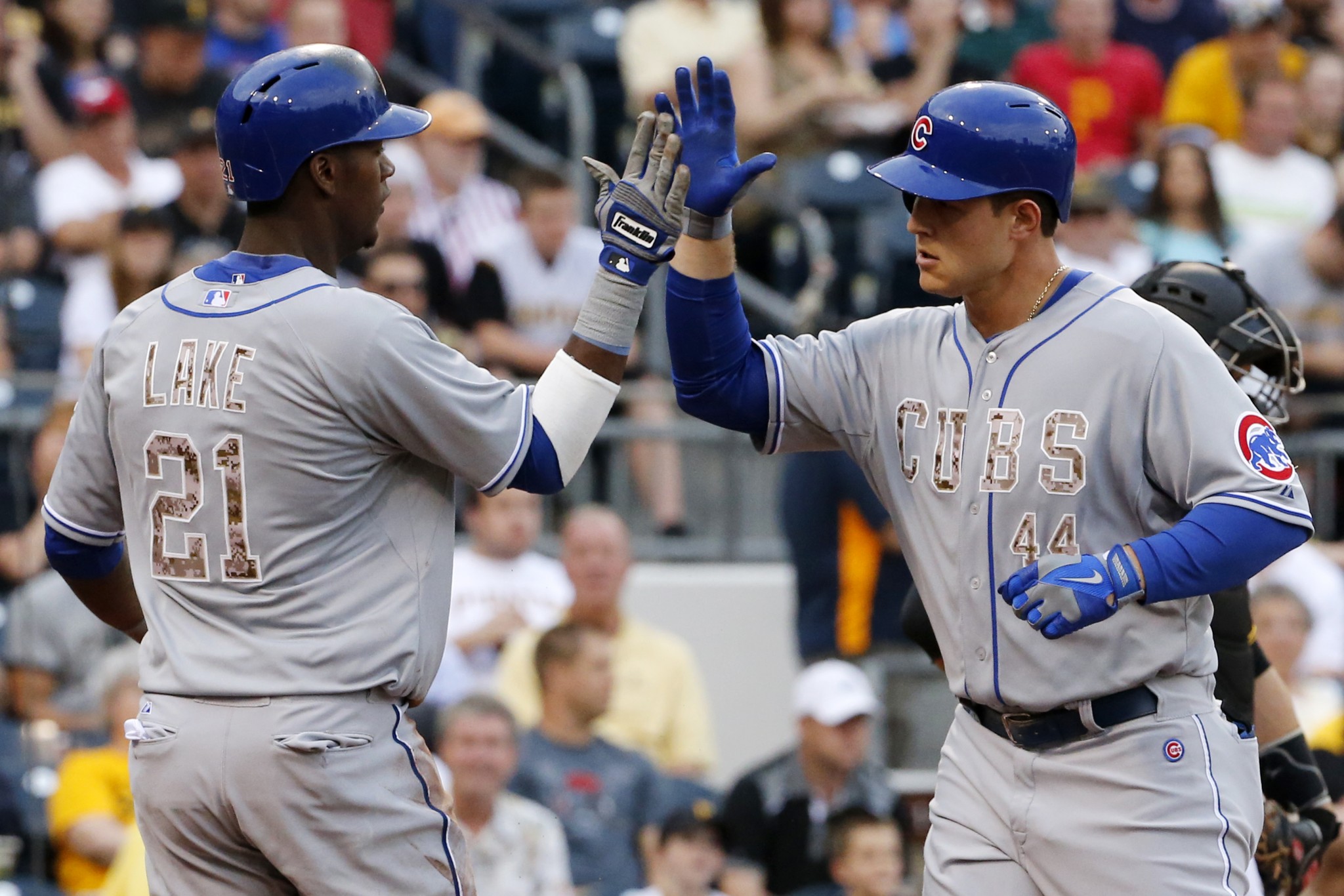 Tonight was supposed to a joyous occasion for all Pittsburgh Pirates fans as top prospect Gregory Polanco would make his Major League debut.  The Chicago Cubs had other plans as they never trailed in the ball game and came away with a 7-3 win.

Polanco had an ok night, but anything less than five home runs and four webgems would have been considered a failure with all the hype built around him.  He would go 1-5 on the night and come around to score on an Andrew McCutchen home run in the third inning. Polanco would also have a fielding gaffe in right field on a fly ball that hit off his wrist.

The Pirates starting rotation was also dealt a blow tonight when Francisco Liriano left the game in the fourth inning with what is currently being called left side discomfort.  This is not a good time for Liriano to be hurt, since Gerrit Cole is on the DL for at least another week.  While pitching carried the Buccos last year, it has definitely hurt them this year.  If Liriano goes on the shelf it would leave only Charlie Morton and Edinson Volquez as the only two starters from the opening day roster to not be on the DL or be released.

Pittsburgh’s bullpen would be hit hard tonight.  Jeanmar Gomez gave up a run in the one inning he worked.  That was followed up by a rough outing from Casey Sadler who was touched up for four run on four hits over the 2.2 innings he pitched.  More proof that with out pitching this team will not go anywhere in 2014.

While this should have been a night of celebration, it really just provided more questions.  Is Polanco ready?  Who will be called up if Liriano is hurt? Is anyone there to fill the bullpen holes?  With baseball there is never enough time to answer the questions, because tomorrow brings another game.  These two teams will battle again tomorrow night in game three of this four game series.