Cueto Goes The Distance In Victory Over Pirates 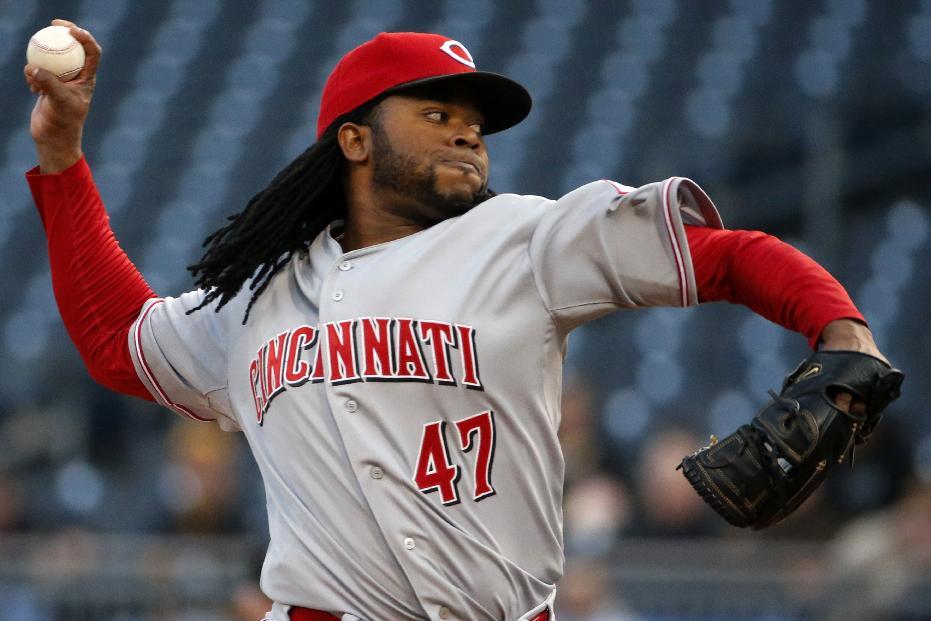 Baseball isn’t measured in periods or quarters, but through the first 2/3 of this game it was a 0-0 pitchers duel between former teammates Edison Volquez and Johnny Cueto.  The duel came to an end in the seventh when the Cincinnati Reds plated two runs, which was followed up by runs in the eighth and ninth.  The Pittsburgh Pirates were only able to cross the plate once in the ninth, but it was too little, too late in a 4-1 defeat.

Last week Cueto went the distance in a three hit shutout of Pittsbugh at Great American Ballpark.  Tonight he continued to dominate the Pirates, pitching a complete game allowing one run on three hits, while walking three and striking out four.  That lone run came in the ninth inning when Andrew McCutchen hit a home run to right field.

Through six innings Volquez was able to match his mound opponent.  The seventh inning is when the Reds were able to break through for the two runs that would take down the Buccos. The first run came off of a Brayan Pena double to shallow right field that scored Jay Bruce.  The second and eventual winning run was scored on a Zach Cozart double that brought in Todd Frazier.  Volquez would leave the game after the seventh, giving up two runs on five hits, while striking out three and walking one.

The Bucco bullpen has been anything but lights out this year and tonight was no different.  Tony Watson was only able to collect one out while giving up a run on a Bruce single.  Stolmy Pimentel collected the final five outs of the game for Pittsburgh.  He allowed one run on two hits while striking out two batters.  Even with the shaky bullpen, it would not have made much difference since the offence was only able to score one run on three hits.

It will not get any easier for the Pirates tomorrow as they face Cincinnati starter Alfredo Simon and his 0.86 ERA.  The Buccos will counter with Charlie Morton who is still looking for his first win of the season.