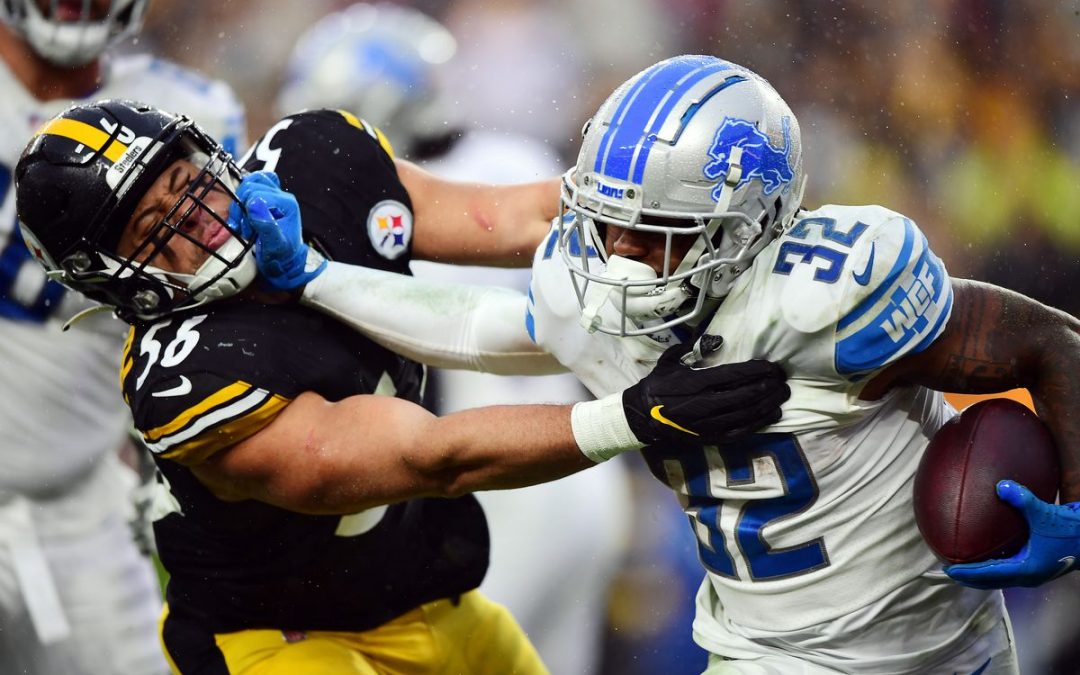 The Pittsburgh Steelers missed a golden opportunity to sit atop the AFC North division this afternoon at Heinz Field.  A lackluster, seemingly effortless, mistake and penalty prone performance resulted in a 16-16 tie against the Detroit Lions.

With the tie, the Steelers record falls to 5-3-1 and are a half game back of the first place Baltimore Ravens.  Missing Ben Roethlisberger due to COVID-19 protocols, the Steelers’ offense looked lost after their first possession, and they couldn’t take advantage of the numerous opportunities the inept Lions gave them throughout the afternoon.

The Steelers got off to a great start today as Mason Rudolph led the offense down the field on a 13 play, 54 yard drive, capped off by a 9 yard touchdown reception by James Washington.  A 28 yard touchdown run by Jermar Jefferson tied the game in the second quarter.  A 20 yard field goal by Chris Boswell gave the Steelers a 10-7 lead, but Detroit tied the game on a 20 yard field goal by Ryan Santoso.

Entering the third quarter, the Lions took the field on a 42 yard touchdown by Godwin Igwebulke.  Despite a missed extra point, Detroit still held a 16-10 lead.  Pittsburgh responded with a pair of field goals over the final quarter and a half, 23 and 51 yard field goals by Boswell, to tie the game.

The rest of the fourth quarter and all of overtime consisted of nothing more than a barrage of mistakes and bad plays.  Neither of these teams played as though they wanted to win this game.  And for that performance, neither team did win the game.

The Lions fell to 0-8-1 on the year, which was a major letdown for them as they are still searching for their first victory.  For Pittsburgh, though, this game was more devastating as it could potentially effect a playoff spot for this team that will undoubtedly be fighting for their postseason lives in the final weeks of the regular season.

Pittsburgh missed a golden opportunity to pull even with the Ravens, and now, they will face a difficult part of their schedule over the next few weeks, beginning next week across the country against the Los Angeles Chargers.