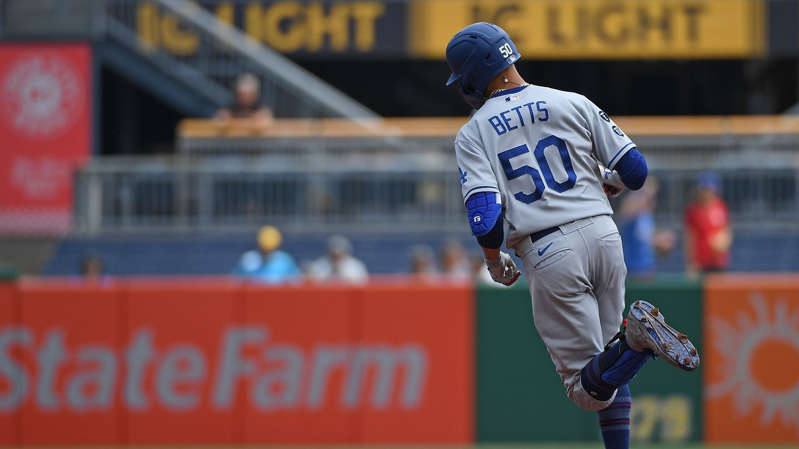 Things can change quickly in Major League Baseball.  Over the weekend, the Pittsburgh Pirates had taken three of four games from the Miami Marlins.  Now Miami isn’t very good, but winning games gave some Pittsburgh fans a much needed boost.  That boost is now gone after the defending World Series Champion Los Angeles Dodgers came to PNC Park and completed a three game sweep with a rain shortened 6-3 victory this afternoon.

Mitch Keller once again did not pitch very well for the Pirates.  He would last only 2.2 innings allowing four runs on five hits with three strikeouts and three walks.  It will be interesting to see if Pittsburgh allows Keller to ride it out for the entire season or if they send him down to AAA to work on things.  Mookie Betts got things started with a lead off solo home run in the first.  In the third Zach McKinstry hit a sac fly for their second run of the game.  Two more runs would cross the plate that inning on a Julio Urias single to right center.

Urias gave up some runs today, but his offense had his back.  He would throw six innings allowing three runs on six hits with five strikeouts.  The first run he allowed came in the second when Erik Gonzalez hit a RBI double to right.  The other two runs off Urias came in the third on a two run home run by Bryan Reynolds.

Los Angeles was able to add some insurance runs in the seventh inning on a McKinstry RBI single to right.  The Dodgers would cap the scoring on the afternoon on a Justin Turner RBI single to center in the eighth inning.  Rain would then come in and the game would be completed in the top of the eighth.

You can try to find a silver lining in this three game sweep, but at the end of the day Pittsburgh has now dropped four straight games.  They will hit the road to begin a six game road trip, with the first three against the Milwaukee Brewers.  There have been some lowlights in Milwaukee over the years, so hopefully these Pirates can find some luck.