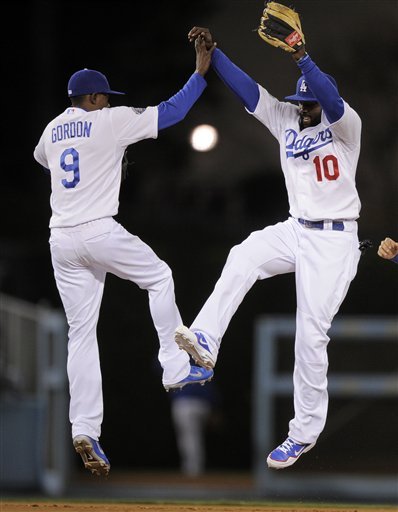 The road has been unkind to the Pittsburgh Pirates in the past and the start of the 2012 season does not look much better.  The Los Angeles Dodgers completed a three game sweep with a 3-2 win.  Tonight’s game was the typical type of game we have seen out of the Buccos this season: quality pitching, decent defense and a lack of offense.

The Dodgers struck first, in what turned out to be the only offense they would need on the night.  Jeff Karstens would give up three runs in the first inning.  A sacrifice fly and two singles would be all L.A. would need.  After that Karstens had a solid outing.  Five innings of work, three runs on seven hits with three K’s and one walk.  Would like to see him go at least six, which he may have been able to do if it was not for that one bad inning.

The bullpen was solid tonight after a rough one on Wednesday.  Chris Resop worked two innings giving up one hit and Jason Grilli worked the final inning striking out one batter.  Hopefully it will not be too long until we see our bullpen coming out for save situations and not be on damage control.

Now I’ll be honest, I have been very disappointed in this offense so far, but there were some glimpses of what could be tonight.  Overall the Pirates collected eight hits tonight.  They also had multiple times when big innings could have taken place.  In three innings tonight the Buccos had runners in scoring position, but only once did a runner score.  That came in the sixth inning on a sacrifice fly by Yamaico Navarro that scored Andrew McCutchen.  Cutch had a big night tonight going 3-3.  Casey McGehee was another Pirate who showed his skills at the plate in a 2-4 effort.

The Buccos other run of the night came in the fifth when Michael McKenry hit his first home run of the season.  Let’s face it this team has a lot of work to do offensively and it will not get any easier this weekend with a trip to San Francisco to take on the Giants.  However, if the offense can build on tonight, get in a flow, and take some stress off the pitching staff, this could still be a successful road trip.  Tomorrow’s tilt will be at 4:35.