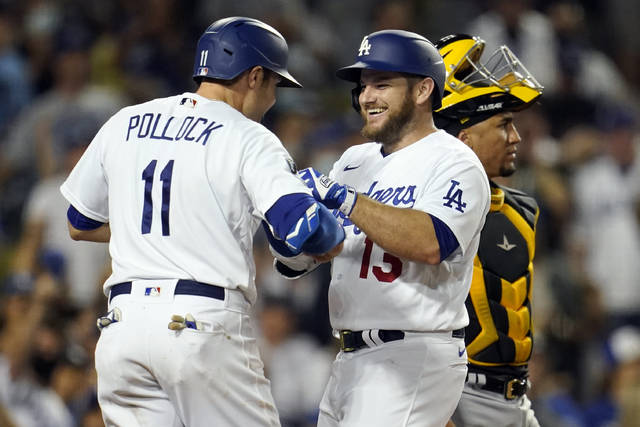 An ugly season got even uglier on Wednesday night.  The Pittsburgh Pirates closed out their three game series against the Los Angeles Dodgers with a 9-0 defeat and were promptly swept out of Dodger Stadium.  Los Angeles jumped out to an early lead and kept the pressure on Pittsburgh starter JT Brubaker.  It did not help that the Pirates offense could not get anything going.

Brubaker continued his second half of the season struggle by going only four innings and during that time would allow seven runs on eight hits, with six strikeouts and two walks.  Brubaker is well past his previous high of innings pitched in a season, but Pittsburgh continues to send him out to the mound despite those struggles.

The Dodgers collected three runs in the first inning.  Max Muncy hit a two run homer and Corey Seager hit a RBI single to right.  Another long ball would get them their fourth run in the second inning when AJ Pollack hit a solo shot.  Muncy struck again with a three run shot in the fourth.  The final two runs of the night came via a two run home run by Seager in the sixth.  Those two runs would be charger to Kyler Keller who lasted two innings.

Los Angeles would use a bullpen guy again to start the game.  Justin Bruihl pitched 1.2 innings before giving way to Mitch White.  Bruihl struck out one batter and allowed one hit during that time.  White pitched 7.1 innings and struck out six, with two walks and two hits.  The Pirates bullpen would get one inning out of Anthony Banda in the fifth, while Luis Oviedo took care of the ninth.

Pittsburgh only collected three hits on the night.  Colin Moran had two, while Rodolfo Castro came off the bench to collect a hit.  The Pirates have a much needed day off on Thursday, but another tough series awaits them when they begin a three game road series against the St. Louis Cardinals.  A long season may feel even longer over the course of the weekend.