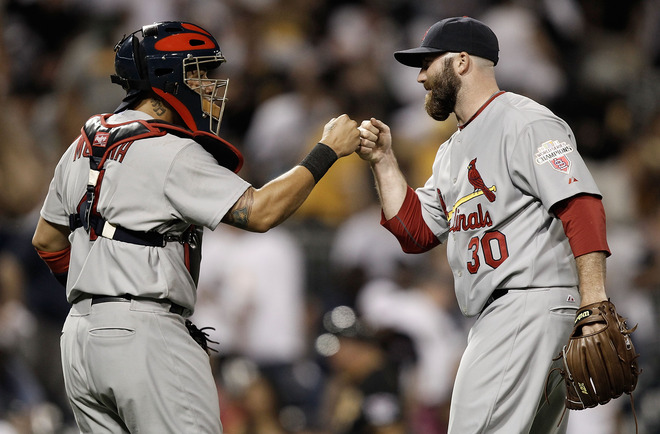 The Pittsburgh Pirates seem content on playing low scoring games this season.  In order for this to be successful, fundamentals will need to be at a premium.  Tonight’s game however, against the St. Louis Cardinals, showed that when the offense is on life support, errors can prove costly.

Tonight’s game started off looking like a great night was ahead for the Buccos.  After a 1-2-3 first inning, Alex Presley led off the inning with an inside the park home run.  After that the offense went dormant collecting only three more hits on the night.

The defense was at their worst tonight as the Pirates had a total of four errors on the night.  The second inning saw Charlie Morton and Clint Barmes commit an error apiece which led to the Cardinals tying the game at one.  Barmes would collect another error in the third, but no damage was done.  Neil Walker then had an error in the ninth inning which would result in the fourth run of the night being scored.  So if you do the math four errors equal two runs being scored, this changes many of the situations that take place in this ball game.

Pitching once again did their job tonight, nothing spectacular, but kept the team in the game throughout the night.  Morton would go five innings allowing one earned run on four hits while walking three and striking out six. Evan Meek lasted one inning and then Jared Hughes went the last three frames allowing one home run on four hits.

It may only be two weeks into the season, but somebody in the locker room needs to take charge and light a spark under this offense.  It has been nothing short of awful.  If no one is willing to do that, then management needs to start thinking about making some moves from the minor’s.  We all know how quickly last years slide began, if it happens this early this season, then 2012 could be lost.  Game two of this three game series will take place tomorrow at 7:05 with Kevin Correia facing off against Jake Westbrook and his 0.64 ERA.