FFTS On Location: Astros Vs. Pirates 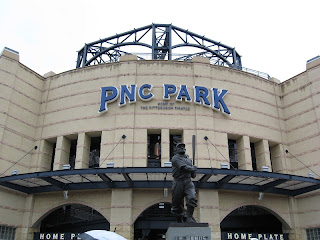 The FFTS crew was on hand tonight for the game under the lights between the Houston Astros and the Pittsburgh Pirates.  After dropping the first game of the series last night, this was an important game for the Pirates to get back on the winning track here at PNC Park.

As always, before the game, both Chad and Zane had a good feeling about the Pirates’ chances of coming away with the victory.  See their predictions during the pre-game show just minutes for the first pitch.

The guys are always in high spirits after a big win by the Buccos.  See the reactions and analysis from the crew: