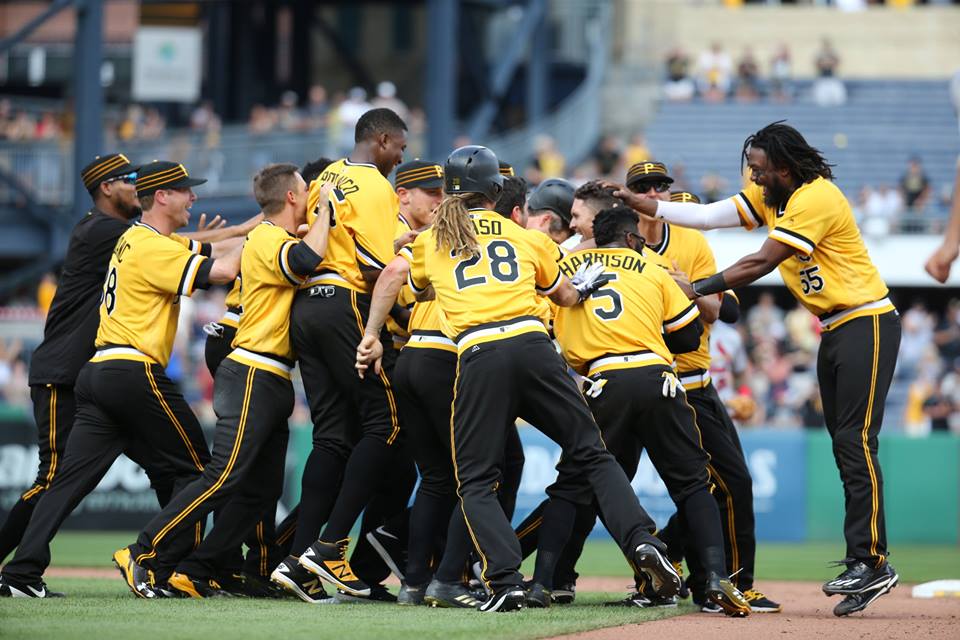 Trevor Williams made the start for the Pirates and pitched well enough for this team to win.  He would allow two runs on ten hits, while striking out five and walking two in 5.2 innings of work.  The ten hits were high, but he prevented those runners from scoring.  His mound opponent, Martinez, threw seven innings allowing two runs on five hits with five strikeouts and one walk.  At the end of the day neither of these two would factor into the decision.

Daniel Hudson collected the final out of the sixth before giving way to Tony Watson in the seventh.  Watson allowed one hit during his inning of work.  Juan Nicasio allowed a solo homer to Yadier Molina in the eighth to give the Cardinals a 3-2 lead.  Wade LeBlanc struck out one during his outing in the ninth that set the stage for him to collect a win in the bottom half of the inning.

Francisco Cervelli led the inning off with a single and was pinch run for by Josh Harrison.  Gregory Polanco would move Harrison over with an infield groundout.  Jordy Mercer would then hit a RBI double down the third base line to tie the game 3-3.  After a Jose Osuna groundout and David Freese intentional walk, Adam Frazier would come to bat and lace a single to shallow center to score the winning run.

Big win for the Buccos today as they look to keep pace in the division race.  While they still have work to d0 in cleaning up errors and having some more timely at bats, they have a chance to close the gap with the Milwaukee Brewers.  Milwaukee will come to town to begin a four-game series tomorrow night.  Pittsburgh will send Chad Kuhl to the mound to take on Brent Suter.  Game time is 7:05pm.