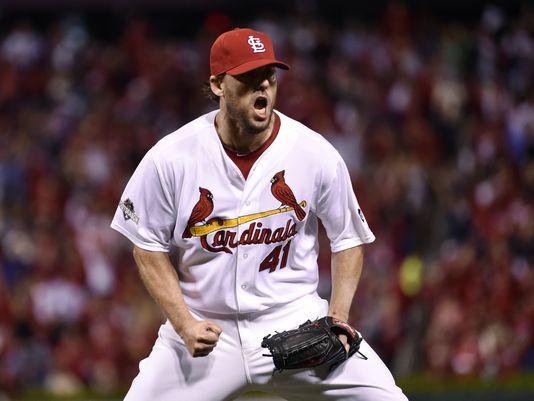 Yesterday was a busy day for Major League Baseball, as some huge names on the free agent market found new homes. In addition to the official announcement of the signing of David Price to the Boston Red Sox, Zack Greinke signed with the Arizona Diamondbacks, and John Lackey signed a two year deal with the Chicago Cubs. The St. Louis Cardinals, having finished second in the bidding to the Red Sox in the Price deal, and having lost Lackey to the Cubs, are reportedly interested in signing Jeff Samardzija. Further, Jason Heyward’s name continues to surface as a potential fit with the Cubs.

The bottom line here is that other teams, particularly those in the N.L. Central, are primed to get better. The Cubs, who finished just one game behind the Pirates in the standings, beat them and the Cards in the Wild Card and division series respectively, and will probably be favored to win the division in 2016, appear to be making a serious run at a World Series. With a young core of outrageous offensive talent, and now adding a piece like Lackey to bolster a top end of the rotation of Jake Arrieta and Jon Lester, this is a team that sees their opportunity and doesn’t appear willing to waste it.

For the Cardinals, they are always one of the favorites to come out of the National League. They have a strong minor league system and have repeatedly made the right acquisitions and coaching decisions down the stretch, getting the most out of their players in key situations, as was the case in 2015, as they won 100 games on their way to yet another division title. While they didn’t win the bid for Price and they lost Lackey to a divisional foe, St. Louis is already making plans to improve their rotation, which, of course, will include a healthy Adam Wainwright.

And that leaves the Pirates. We knew this would be an interesting (and pivotal) offseason for the Bucs, coming off a season finishing second in the best division in all of baseball, and now, more than ever, the pressure is on to improve the team in every facet in order to keep pace with the rest of the division.

The pitching rotation is at the top of the list of concerns. Despite all of the minor league promise over the past few years, things aren’t exactly as clear and concise for the big league club. Gerrit Cole and Francisco Liriano are at the top of the rotation, but after that, things are unclear. The Bucs lost free agent lefty J.A. Happ to the Toronto Blue Jays, and A.J. Burnett to retirement, opening up two spots from their 2015 rotation.

Jameson Taillon is coming off Tommy John surgery and won’t be ready, mentally or physically, to start the season in Pittsburgh. Tyler Glasnow and Nick Kingham, two of the Bucs’ other promising young arms, are coming off their own battered 2015 campaigns and can’t be expected to make an immediate impact with the major league club either.

As tough as it is to mention, that leaves Jeff Locke and Charlie Morton, still on the 40 man roster, who hold up the back end of the rotation, at the very least, for the first couple months of the season. But the Pirates still need a middle of the rotation guy, and it appears as though they are looking to the free agent market. With names like Justin Masterson, Doug Fister, Mat Latos, and even Kyle Lohse being mentioned as possible good fits for Pittsburgh, next week’s Winter Meetings could prove to be a pivotal part of just how successful a campaign 2016 will be for the Bucs.