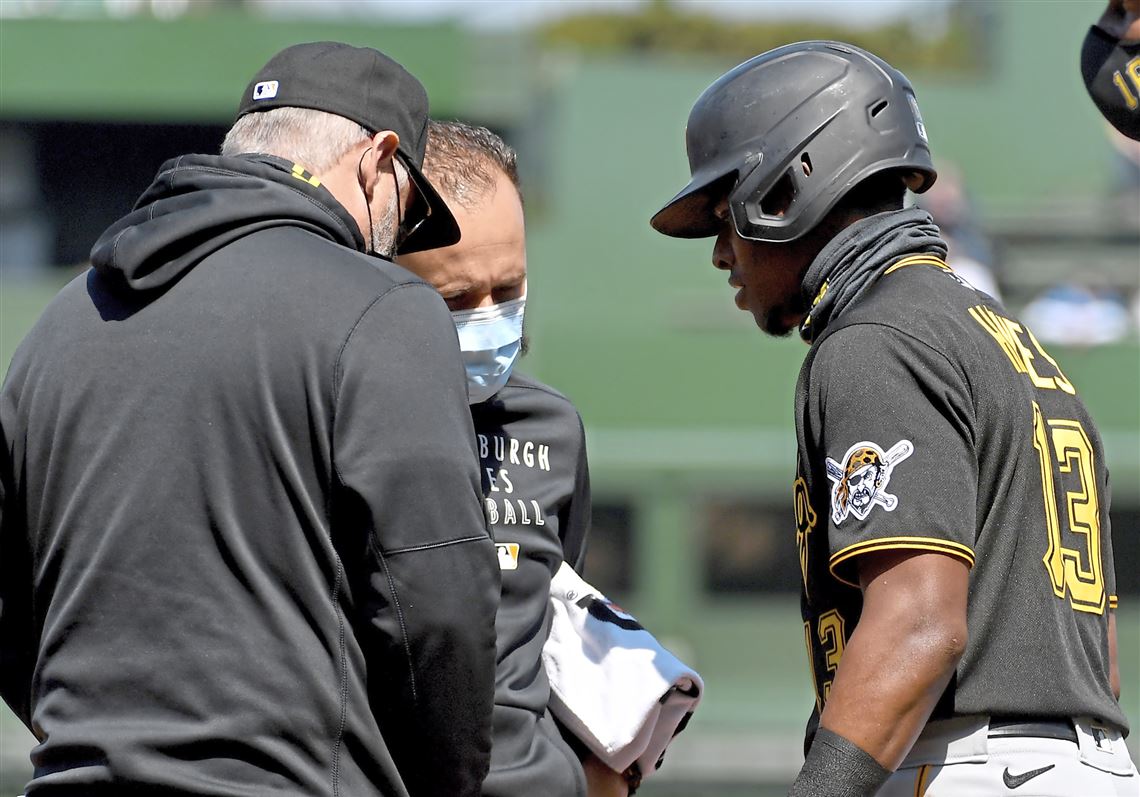 After hitting a homerun to open up the 2021 season on Thursday, Ke’Bryan Hayes left this afternoon’s game against the Chicago Cubs with left wrist discomfort.  The Pittsburgh Pirates also lost their first game of the season, a 5-1 decision at Wrigley Field.

Tyler Anderson took the mound for the Pirates today against Jake Arrieta for Chicago.  After giving up an early run, Arrieta settled in and pitched well, giving up one run on six hits in six innings of work.  Anderson battled through five innings, giving up three runs on five hits while suffering the loss.

Pittsburgh scored the game’s first run on an RBI single by Kevin Newman in the first inning, scoring Hayes.  That would be the only run the Bucs would score on the day.

A single by Jake Marisnick in the second inning tied the game, and a sacrifice fly by David Bote made it 2-1 Cubs.

They added some insurance runs in the third and sixth innings on solo homeruns by Kris Bryant and Jason Heyward, as well as a run scoring single by Javier Baez.

The Pirates went peacefully in the latter inning at the plate, cementing their first loss of this young season.

Certainly, it is disappointing for the Pirates to lose this game, but the bigger issue is undoubtedly the condition of Hayes, who is many experts’ favorite for the N.L. Rookie Of The Year.  We don’t want to jump to any conclusions, and the Bucs will surely move forward with caution, but hopefully he will not be out for an extended period of time.

The Pirates and Cubs will meet back up tomorrow afternoon in the rubber match of this early season series.  It would be a huge start to this year if they could pick up a road series victory against a divisional rival.