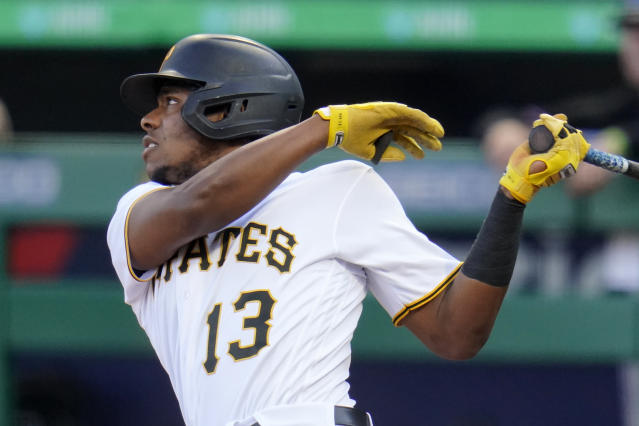 Ke’Bryan Hayes and the Pittsburgh Pirates beat the Miami Marlins tonight at PNC Park by a 9-2 score.  It was the second consecutive victory for the Bucs, who are now in prime position to win this four game weekend series.

The Pirates took the early lead in the first inning, when Hayes homered on a flay ball to center field, scoring Adam Frazier to make it 2-0.

A double by Jose Devers in the second tied the game, but a single by Gregory Polanco in the third put the Bucs back in front at 3-2.  Singles by Frazier in the fourth and sixth innings made it a 5-2 game.  Pittsburgh scored four more runs off the bats of Hayes, Bryan Reynolds, and Jacob Stallings to make it 9-2.

Mitch Keller started for Pittsburgh, but left early due to heat illness after giving up two runs on two hits in two innings.  The Bucs’ bullpen picked up the slack, though, pitching seven scoreless innings while only allowing three hits.

This was a solid victory for the Pirates.  Wins like this have been few and far between for the Bucs so far this season, and they will now look to win their third straight tomorrow afternoon.  Trevor Rogers will start for Miami against Chase De Jong for Pittsburgh.