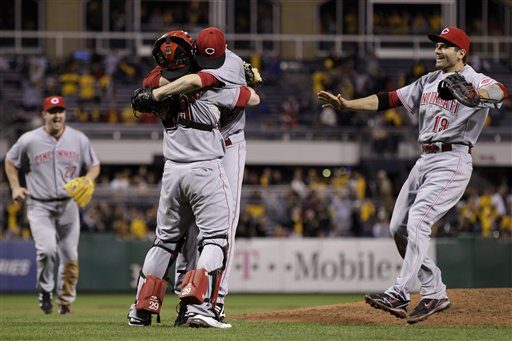 History was made tonight in two forms tonight at PNC Park and as usual it was not in favor of the Pittsburgh Pirates.  First off, Homer Bailey the starting pitcher for the Cincinnati Reds, pitched a no-hitter, the first for a Reds pitcher since 1988.  In all honesty, it is not that surprising, considering how putrid the Bucco offense has been over these past few months.  The second part, was that with the loss the Buccos clinched twenty straight years without a winning record.

The 34,769 that were in attendance tonight saw a gem of a game by Bailey.  He gave up only one walk and struck out ten Pittsburgh batters.  It’s a shame he walked that one batter considering how tough it is to earn a perfect game for a Major League pitcher.  His lone walk came to Andrew McCutchen, who stole second and was thrown out at third.

A.J. Burnett started for the Pirates tonight and had to be the most frustrated man in the lineup.  He would last eight innings, allowing one run on seven hits, while striking out five and walking one batter.  That is a solid outing, but it was wasted by a lifeless offense.  The lone run of the game was scored in the top of the first on a sacrifice fly by Todd Frazier that scored Brandon Phillips.  If you were a fan of pitchers duels then this was the game for you.

Game two of this series will take place tomorrow night at 7:05pm.  The baseball game is actually the opening act of a great night on the north shore.  Once the game is over, pop-rock band Lifehouse will hit the stage behind second base, while tens of thousands of fans are mesmerized by Zambelli fireworks that light up the glamourous Pittsburgh skyline.