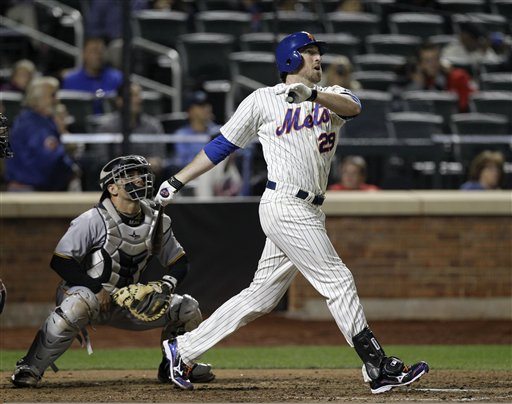 The Pittsburgh Pirates offense continued to suffer tonight in a 6-2 loss to the New York Mets.  However tonight’s game was not just on the offense.  The pitching staff would struggle as well.  Walks and two home runs by Ike Davis would be enough to beat the Buccos.

Pittsburgh starter Kyle McPherson was known for his pitch control while in the minor leagues, but a lack of control is what hurt him during his 4.1 innings of work.  In the fourth inning he would walk lead off batter David Wright, up next was Davis who hit his first homer of the night to put the Mets up 2-0.  McPherson would then give up another lead off hit along with a one out single before being lifted for reliever Hisanori Takahashi.  Takahashi induce a flyball to the only batter he faced.  That led to Jeff Karstens coming out of the pen.

Karstens would give up an RBI single to Wright, which was followed up by a three run dinger by Davis, that put the game out of reach.  Justin Wilson pitched a 1-2-3 seventh, which was matched by Chris Leroux in the eighth inning.

After a nice showing by the offense on Sunday, tonight looked like the Buccos of September.  The Pirates would account for eight hits, but only one of those went for extras.  That would be from Andrew McCutchen, who would score the first run of the game on a Garrett Jones single.  The second run came on a Jose Tabata single that scored Michael McKenry from first.

Game two of this four game series will take place tomorrow night at 7:10.  With the loss tonight the Pirates are only four losses away from clinching their 20th straight losing season.